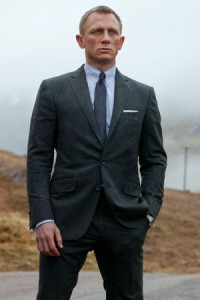 It wasn’t long ago that Sam Mendes and MGM announced that Mendes wouldn’t be back to direct another installment of the James Bond Series. It came as a surprise to many, as has made over $1.1 billion worldwide, to become the most successful film in the franchise and highest grossing British film of all time. MGM seems to have moved on, and in a meeting with investors, CEO and Chairman, Gary Barber said this of Bond 24:

Currently, Skyfall screenwriter John Logan is working on the script which MGM hopes for a release of 2016. One has to wonder how quickly they will push the film, as star Daniel Craig is signed on for two more films. If the film is released in 2016 as planned, Craig will be 48. If you take the same release schedule for Bond 25, Craig will be Bond into his 50s. So, it’s unlikely that Craig will continue the role after these two films. However, Roger Moore continued in the role into his late 50s, so anything is possible.

Next on the docket is who will direct the film. I’d expect an announcement from MGM about the matter in the next few months. Who do you think should direct? Let us know in the comments.