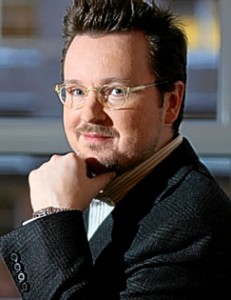 Matt Reeves is one more good movie away from being a director that I am looking forward to seeing what he has next on his plate.  I really enjoyed CLOVERFIELD.  Sometimes it was difficult to watch, but overall I thought it was a great monster flick.  Then he came out with LET ME IN, a film that I ahd no hope would be good at all.  But I will give credit where credit is due.  There were some elements in the film that I absolutely loved and thought it was a very good film.  Now Reeves is sticking to his guns and taking another trip to the vampire realm.

Rumor is his next film may be THE PASSAGE.  The movie is based on a novel by Justin Cronin.  A quick trip to Amazon.com gave me this quick synopsis by Daphne Durham:

Cronin is a remarkable storyteller whose gorgeous writing brings depth and vitality to this ambitious epic about a virus that nearly destroys the world, and a six-year-old girl who holds the key to bringing it back. The Passage takes readers on a journey from the early days of the virus to the aftermath of the destruction, where packs of hungry infected scour the razed, charred cities looking for food, and the survivors eke out a bleak, brutal existence shadowed by fear. Cronin doesn’t shy away from identifying his “virals” as vampires. But, these are not sexy, angsty vampires and they are not old-school, evil Nosferatus, either. These are a creation all Cronin’s own–hairless, insectile, glow-in-the-dark mutations who are inextricably linked to their makers and the one girl who could destroy them all.

I want to hope that this film can be good.  Have any of you read the novel?  Let us know in the comments if you have and tell us if this a project to got excited about.