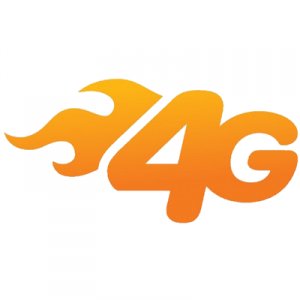 You’ve heard the buzzword before: “4G“. It sounds like something you want. All your friends have it. You have that one friend on Facebook that won’t shut up about it. But you like your phone. Why would you need extra geebee’s and wifi’s?

It’s all about your carrier.

Sprint was the first carrier to the 4G smartphone game. There was much debate over which 4G standard was better: 4G WiMAX vs 4G LTE. Sprint chose to go with WiMAX, and then the HTC EVO 4G was born on June 4th, 2010: America’s First 4G Smartphone. It had so much promise and hype built around it. The device itself was truly a feature packed superphone, having the fastest mobile data speeds ever was just icing on the cake.

I bought the EVO 4G as my first smartphone. I’m ignoring the Nokia 9300 that I was replacing, since I hadn’t activated a data plan for it. It was pretty much a dumbphone with a secondary display and QWERTY keyboard. Graduating from that to a completely touchscreen interface was simply amazing. I’m still using my EVO 4G to this day. It may run slower than the new dual-core and quad-core handsets that are out nowadays, but I love everything else about the phone. Except my data speeds.

But I thought it was a 4G phone?

It is. When I have the battery-draining WiMAX radio turned on, I can pull down 5-10Mbps when I’m within the boundaries of Hwy 255/270. Gosh, would you look at that last sentence? Somehow this was supposed to be the future of mobile internet. If I wanted to jump from 1-2Mbps 3G data speeds to my 5-10Mbps 4G speeds, I’d have to severely challenge my battery. I realize it was the first 4G smartphone, but when I can only get 4 hours of battery life with 4G enabled, that’s a problem. And the reach… yikes. Living in O’Fallon IL, partying up in Collinsville, and working out in Chesterfield were three major events in my life when I first got my phone. This means I was rarely in a WiMAX covered area. I know Sprint has their new “Network Vision” mission in full swing, but after 24 months you’d think I’d be able to measure some kind of improvement in their network. My phone became the equivalent of posting “First!” in a comment thread.

If 4G sucks, why bother?

4G WiMAX sucks. That’s why Sprint is ditching it. Care to guess what they’re replacing it with? Yup, 4G LTE. The same 4G technology that Verizon introduced in December of 2010. Yesterday, Verizon kicked their number of 4G LTE markets up by 34 to bring the total to 370 cities across the nation. They now cover 75% of the entire U.S. population with LTE goodness. AT&T started their LTE rollout nine months later than Verizon, but just recently expanded in Texas and Arkansas to bring their total up to 53 cities. 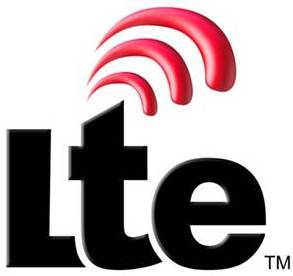 Both companies hope to have their entire LTE rollouts completed by the end of 2013. Now that is how you introduce 4G to the masses! Sprint’s LTE network is up and running right now too, but only in six cities in three states. To find the closest Sprint LTE connection would require a trip to Kansas City. Nobody wants Sprint LTE that bad.

Luckily for us in St. Louis, we have two carriers to choose from for our LTE needs: Big Red and Ma Bell. Verizon can boast about being the one with the most LTE cities, but we’re really only concerned with St. Louis. How are things here? Not always good. Verizon has gone through multiple LTE outages since debuting the superfast network. As recent as three weeks ago, the Midwest was without 3G/4G data access. And what about AT&T’s LTE? They may have started their 4G LTE rollout later than Verizon, but so far there haven’t been any reported outages. The network is still young, though.

T-Mobile has said they will introduce LTE next year, but that means there’s jack squat for us to examine here today. I know they advertise that they have 4G, but it’s not. It’s “faux-G” HSPA+. They took their 3G network and boosted the speed. Technically it’s a new protocol, technically it’s faster than 3G, so technically they can brand it as 4G. Somehow both T-Mo and AT&T get away with this. Frankly, it’s deceiving. That being said, their “not really 4G” HSPA+ is still faster than Sprint and Verizon’s “nowhere near 4G” CDMA network. Take away WiMAX and LTE, and the GSM networks (AT&T and T-Mo) will always beat their CDMA friends (Sprint and Verizon) into the dirt. This is why Verizon’s LTE network is so important. This is why AT&T’s LTE network is an even bigger deal.

Red vs. Blue … vs. Yellow, Magenta, and Green

Looking at several carriers across the country, ROOTMetrics conducts a thorough test of cellular networks regarding call performance, texting performance, and mobile data performance. They’ve got 139 reports from 78 different markets, and recently updated their St. Louis results with new measurements from last month. Between AT&T, Verizon, Sprint, T-Mobile, and Cricket Wireless… can you guess who won?

For calls, a draw between all 5 carriers. For texting, Verizon edges out a win with AT&T and T-Mobile at a very close second. For data, AT&T absolutely rocked everyone else. Even Verizon’s LTE couldn’t match AT&T’s LTE in speed and reliability. I highly recommend checking out the results for yourself, but here’s some tidbits comparing January 2012 to July 2012:

So for overall combined performance, you cannot beat AT&T and Verizon in St. Louis. And while 4G LTE shines is data speeds, in the future it will extend into voice calling with Voice Over LTE (VoLTE). The biggest push for the carriers jumping into this new technology (other than new data plans) is to unclog their 3G networks. Getting all the data traffic over to 4G will increase call and text performance. The unfortunate downside to all of this is our unlimited plans are dying off, and our phone bills are getting more complicated. It’s a good thing we have smartphones to help us out.