AT&T Makes It Official: 4G LTE has Arrived in the Lou 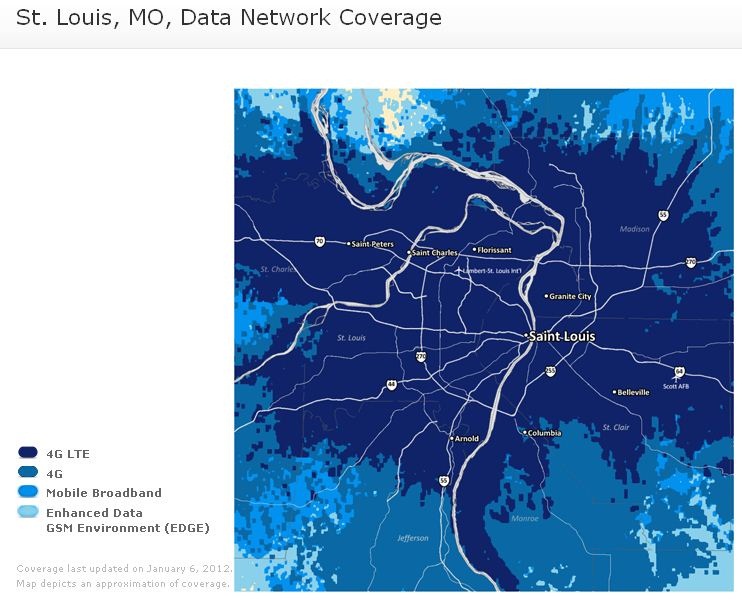 This morning St. Louis joined the ranks of 31 other markets with 4G LTE coverage from AT&T.
[View the Press Release]

As we reported about a week ago, AT&T began rolling out LTE to 12 new markets on Easter Sunday. Although quite a few LTE symbols were popping up on devices in the area before then, today is the official “grand opening” of AT&T’s fastest network yet for us here in the Lou.

To see network upgrades regarding your neck of the woods,
check out AT&T’s very own St. Louis website: http://att.com/StLouisNetwork

So what does LTE mean for you? First, let’s discuss what LTE means… Long-Term Evolution. This new technology is actually closer to “4G” than any other 4G technology on the market. Both AT&T and T-Mobile claim their HSPA+ networks to be 4G, when in technical terms it’s more like a “3.5G” technology. Sprint was first to the scene with an actual 4G protocol called “WiMAX”. It had the potential to be a true 4G contender, however they are ditching it in favor of LTE. Here’s a list of the benefits of going with LTE for your smartphone or tablet’s wireless data needs:

Simply put, this new technology has enough wiggle room to last. More people, more data, faster speeds, less waiting. Let’s say your current device gets around 2-3 Mbps of transfer speed. LTE has seen reported speeds of over 10 Mbps. Here in the Lou I’ve seen 10.4 Mbps achieved in person. Others found to be consistently above 20 Mbps. The quickest I’ve seen online was 60 Mbps. For comparison, the fastest DSL internet option through AT&T U-Verse only goes up to 12 Mbps. So LTE is fast… real fast.

There are currently 9 devices (not counting personal hotspot “Mifi” wireless routers) that can access the new network protocol:

Do you have one of the devices listed above? What kind of speeds are you getting? What do you think about the coverage map of 4G LTE? If you’re not with AT&T currently, what would it take for you to switch?

For more of the latest news for AT&T in the St. Louis area, follow @ATT_STL on Twitter