With the release of Titanic 3D in theaters, Sony Classical has re-released the soundtrack to the film in a new 2-disc anniversary set. 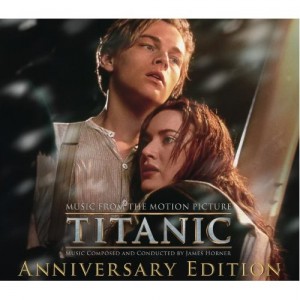 In commemoration of the 100th anniversary of Titanic’s launch and the 15th anniversary of the world’s most beloved and acclaimed film, Sony Classical proudly releases the Anniversary Edition of Music from the Motion Picture TITANIC. The 2-CD set features a newly remastered version of the soundtrack including Celine Dion’s Oscar and Grammy-winning “My Heart Will Go On,” plus a previously unreleased disc of period music recorded for the movie by I Salonisti, the 5-piece quintet that appears in the film. The I Salonisti disc includes “Nearer My God To Thee” which was the last song played by the band as the ship went down, and “Song of Autumn” which does not appear in the movie, but is rumored to be the actual song that played as the ship went down. The package includes 4 bonus vintage Titanic luggage stickers and a booklet with previously unseen production photos, James Cameron’s original liner notes for TITANIC, “I Salonisti Sessions” liner note by John Altman and an I Salonisti book excerpt by Gisela Trost. Composer James Horner says “I’m thrilled that Sony Classical is re-releasing the soundtrack album to TITANIC. It is wonderful to know that the original music has retained its magic through all of these years.”

In order to enter the contest, become a fan of ReviewSTL on Facebook and share ReviewSTL.com with all your friends (click the “share” link on the bottom-left side of the page) – telling us what your favorite part of Titanic is and why. Then “like” the post to complete your entry. NO PURCHASE NECESSARY. While supplies last. Passes are available on a first-come, first-served basis. 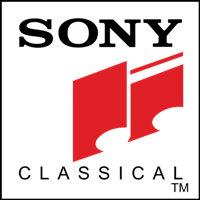