“Lethal Weapon”,”The Wild Bunch”, And More Are Added To The List Of Unnecessary Remakes 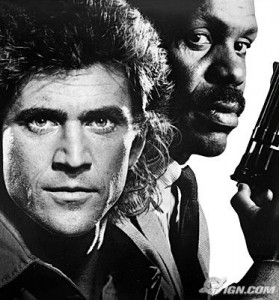 Well evidently Warner Brothers is hurting because they have decided to remake some of their classic properties.  Lethal Weapon, The Wild Bunch, The Dirty Dozen, Westworld, Oh God, and Tarzan are all films that are getting set to be greenlit.  I imagine The Wild Bunch and The Dirty Dozen will be at the top of the list due to the success of True Grit and the resurgance of westerns.

My opinion, which you should already be able to deduce, terrible idea.  There certainly are  films that should be remade, but some of these films definitely are not them.  Maybe in five years they will remake Harry Potter.  It’s possible….Actually it’s not likely in anyway, but you know what I am trying to say.

What film do you think needs to be remade?  Let us know in the comments.