Local, Off the Wall, Opinion 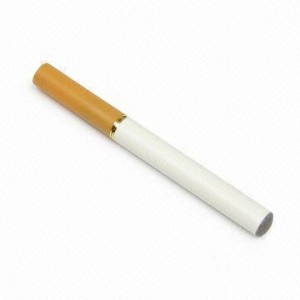 As a former smoker, I detest vaping. It’s the most ridiculous thing I’ve ever seen. I literally laugh at folks who carry around a magic marker filled with some flavor of the week like Ass Crack Sweat, or Fromunda Cheese.

Sorry to say, but all you entrepreneurs who think you’re tapping into a goldmine by opening your Vape Shop, you will soon learn these very valuable lines, “Would you like fries with that?”
Yes, every red-blooded American feels it’s their God-given right to be able to sit in a restaurant, or at a Cardinals game and puff away on their magic dick stick. (That’s what I call them)
Well, sorry to say, but just like smokers, you guys are all screwed. How dumb can you be to think that inhaling some chemical is not harmful?

Anyone who argues different has shit for brains, or maybe it’s strawberry, cherry, or whatever ridiculous flavor you are sucking into your lungs.

Look, I have no problem with smokers, or the folks who vape. I just don’t want to be around it.

Sorry assholes, but there are more of us non-smokers, non-vapers than there are of you. We still rule the roost.

I’m not saying the shit should be illegal, in fact, I believe most drugs should be legal. Why do I believe this, you may ask?

Simple, population control and tax reasons. Think of all the money each state could make if drugs were legalized. It would be magnificent.

If smokers want a cig, fine. If vapers want to vape, fine.

Just not around me. 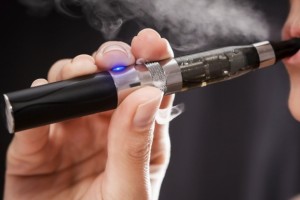 When I’m at a ballgame, at a movie, at church, or at a restaurant, the last thing I want to smell is a fog of vape juice. After all, nothing says I’m a douche bag better than sitting in a fine dining establishment and puffing away on your magic pineapple dick stick. You look so cool with that fog of vape around your head. What an ass clown!

Finally, for those of you who vape, thinking you’re sticking it to Big Tobacco, you’re even dumber than the rest of them.

Big Tobacco has bought in to vaping, realizing what a profitable industry it is. So, Joe Camel and the Marlboro man are still getting your money.

I know that smoking is an addictive, disgusting habit that’s hard to kick. Hell, it took me quitting six times before it stuck. I tried vaping, but it only led me to smoke more and I felt like a total tool pulling out a fake cig.

I just read a recent article stating that these E-Cigs have 10 times more cancerous ingredients than a cigarette. So, when all you vaping goons start getting lung cancer, you won’t be able to cry foul, because Juan told you so!

The whole reason people vape is to try to quit smoking. It’s a brilliant idea! Let me try to quit smoking by inhaling a newer, unknown poison into my lungs. What a novel approach!
In the end, it comes down to willpower. If you want to quit smoking, the best way is cold turkey. I speak from experience. Just think, if I wouldn’t have quit cold turkey, my rants would probably have never been born.