“What ever happened to Jared Leto?” It’s a question that some people might ask who aren’t too familiar with the actor-turned-musician.

Leto starred in Darren Aronofsky’s Requiem for a Dream in 2000, which has since turned into a modern-day cult classic. He then went on to star in bigger-budget films like Panic Room, Alexander and Lord or War. It has already been five years since his last film, Mr. Nobody, but have no fear – Leto will return to the big screen alongside Matthew McConaughey in Dallas Buyers Club later in 2013. So what has he been up to?

For those unfamiliar with the actor’s musical talents, Leto started the band “30 Seconds to Mars” in 1998, releasing their self-titled debut album in 2002. Leto has spent the last 5 years working on albums and touring the country with the band. He even had to turn down a role in Clint Eastwood’s Flags of Our Fathers, citing that it was a critical time for the band that he just couldn’t make work for his acting career.

In Dallas Buyers Club, a film about a man named Ron Woodroof (McConaughey) and his battle with the medical industry and pharmaceutical companies after being diagnosed HIV-positive, Leto plays a transvestite. He is not the first celebrity to appear on the cover of the magazine however, as Chloe Sevigny and James Franco have both made appearances.

Here is the cover of Candy Magazine featuring Jared Leto: 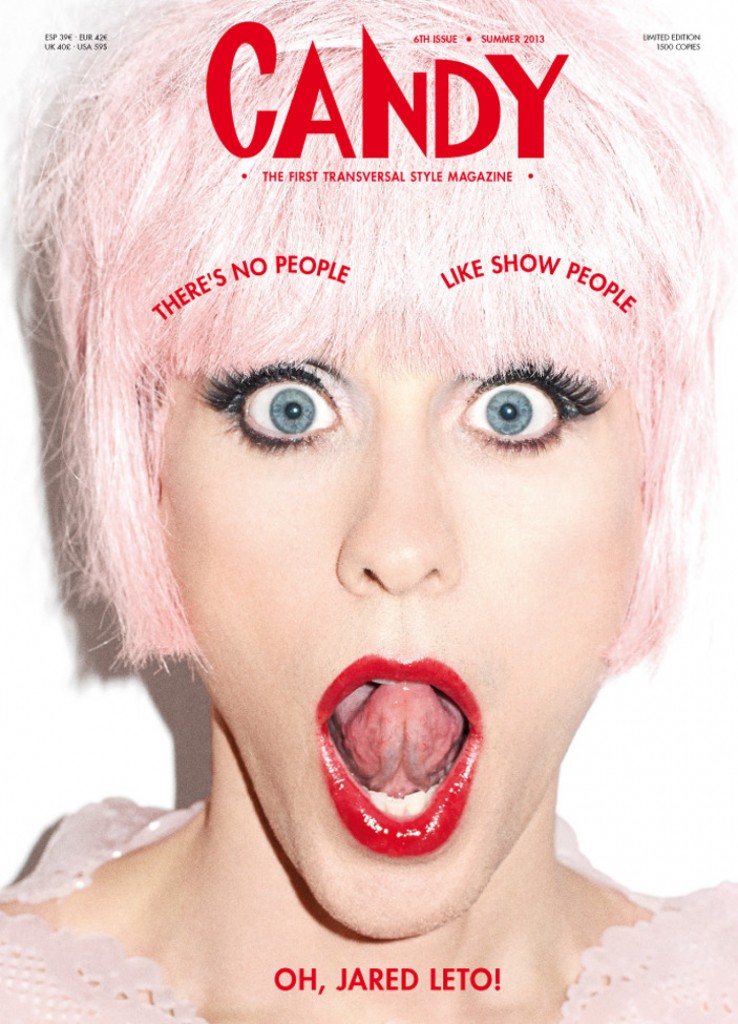