Interview with Mike Silvia of “Stomp”; See it March 25-26th at the Fabulous Fox Theatre 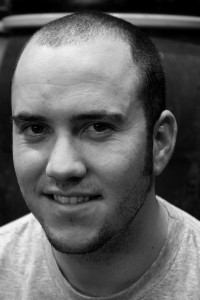 Can you tell us what Stomp is all about for the people who aren’t familiar with it?

Stomp is a production show, we use everyday objects such as brooms, pots and pans, and even the kitchen sink to make music.

How long have you been with the show?

I’ve been with Stomp for six years.

And how long have you been drumming?

What made you get into Stomp? Were you into that kind of drumming before?

I saw Stomp when I was thirteen. I had always enjoyed listening to music, but I went and saw Stomp and it was absolutely amazing. I decided it back then that I wanted to be in the show.  So, I kept on drumming.  I was in marching band, I was in jazz band, and I was in the high school honor band.  As soon as I got out of high school I auditioned for this group, a percussion group.  We toured around San Diego, and played drug-free assemblies in the San Diego school district.  We also played at a lot of local theme parks, and I was able to make a decent income off of that.  So, that is where it all started, the playing on pots and pans.

I was, of course, still going to college at Grossman College, and I was in the Jazz band, the Big Band, the Afro-Cuban band, and I took a whole bunch of music classes. While in school I took recording, piano, music theory, and was able to grow as a musician. I finally started teaching drums to children in San Diego, and suddenly the Stomp auditions came up.

For the audition I flew from San Diego all the way to New York.  I auditioned with about two thousand other people. Out of those two thousand people, they picked only six of us to actually be in the show. They sent four of us on tour, and two of us stayed in New York.  I was one of the two people who stayed in New York. My first Stomp show was February 14th of 2005. I was in New York for a year, and after that I went to Vegas. We opened up a show there in Las Vegas, and I did that for about two and a half years until that show closed.  After that I was asked to come out on tour, which is what I’m doing now.

Do you all have your specialties in the show?

We have dancers, actors, and drummers.  We all have our strong points; my strong point is obviously drumming.  I can do a little of everything else.  Stomp has different people from different backgrounds.  Some of them might teach you how to move, and you teach them how to drum.  It makes for a very well balanced show. If it was just a bunch of people just like me, it might sound real good, but it might get a bit boring to watch after a while. You have to have people who can move a bit better.

Being chosen from two thousand other drummers, did you ever imagine you’d be able to make it that far?

No, absolutely not. I thought it would be pretty incredible if I ever got it. So, I went in there and gave it my all.  I pushed myself literally as hard as I could. When you audition, there is a series of auditions.  There tends to be lots of callbacks. Every time I got a callback, it would be like, “Wow, is this really happening?” Before I knew it I was sitting down with Steve McNicholas and Luke Cresswell, the creators of Stomp, and they offered me a job.  I called my parents, and at first they were like “Yeah right!” My mom has a masters in theatre, and out of four children I’m the only one that was actually able to do something with it.  So, she was pretty stunned by it. I can still remember her voice when I told her.  I had to ask her to sit down when I told her I got in.

When you try out for the show, do you have to make up your own routine, or a rehearsed piece they give you?

They give you a broom. The first number in Stomp is a piece called “Brooms”, it is a very well known piece from the show. It is possibly one of the most iconic pieces from the production. They throw a broom at you, and give you a few instructions. While doing this you are in a room with about twenty other people, and they pick you out.  They tell people who is going who is staying, and in some unfortunate cases they dismiss a whole room. They basically audition you with things that are in the show, but they also made me audition with my body.  We do a thing called “Body Percussion”, which is another iconic piece from the show.  They want to make sure you stand out, and make sure you can move, and learn quickly.

Do you do any music outside of Stomp?

I still play on my drum set whenever I go home, but when I’m doing Stomp it is pretty much the only thing I’m doing. The show is a full time gig. You don’t really have time to do anything else when you are on tour. It requires so much practicing because so many pieces are very intricate, and it is because of this that Stomp is so well known.  It isn’t like we can just go out there and do it, we are constantly rehearsing it.

Have you ever played in St. Louis before?

I have actually! St. Louis will be my first repeat city. It was at the Fox Theatre last time as well. I made sure to stop by the Arch and all that kind of stuff.  I’m not sure if I’ll do it again though; those elevators going up to the top are not my thing.

Ha, yeah those things aren’t very comfortable to go up in. I don’t think it is something a lot of people enjoy doing twice.

I love going to the Fox Theatre though. It is great to go backstage and see all the signatures of the people who have been there before us. Everybody is up there. Just to be able to go up there and touch the wall is incredible.

Do you have any plans after you eventually leave Stomp?

Well, I hope to be able to carry on performing. I hope that I can get into a band, and that I can continue to live the life of a performer.  I have a lot of tricks in my bag. I’ve set up a lot of different opportunities for myself. When the time comes that I need to thrown in my boots from the show, that some of those will be able to pull through.  It has gotten me really far, so far.

For people already not sold on the Stomp experience, what reasons would you give them to see the show?

We give a lot of energy that really resonates to the crowd. We give 150% every single night. The audience is invited to interact with us at certain times throughout the show.  We love to entertain people and make them laugh.  It is a good way to get away, and maybe grab some inspiration from us while they are at it.

Buy your tickets to Stomp!