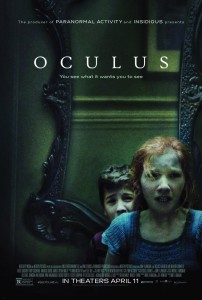 I’m a sucker for a good mind-bender of a movie, and Oculus delivered in that department. Mike Flanagan’s low-budget horror film keeps viewers on the edge of their seats, despite a bit of a slow start.

The story centers around Tim (Brenton Thwaites) and Kaylie (Karen Gillan), two siblings who were witness to some pretty horrible actions by their father onto their mother 11 years earlier. It all started when their father put a mirror in his office. As the film goes on, we find out that the mirror has quite the horrid past, and can play some pretty tricky mind games on the owners of it. Tim was convicted as a child of killing his father and sent to a mental institution. Now 21 and cured, Tim is released and met by Kaylie, who has some plans up her sleeve to destroy the mirror that destroyed her family more than a decade earlier. What ensues is mind bending images, frightening images, and a butt load of suspense.

While watching the film, I found myself thinking back to Insidious, which was a big hit a few years back. Both films had a low-budget, relatively unknown cast, a relatively unknown director, and an original premise. Insidious worked so well that it spawned a sequel. While it’s unknown if Oculus will get the green light for a sequel, the door is definitely left open for one. 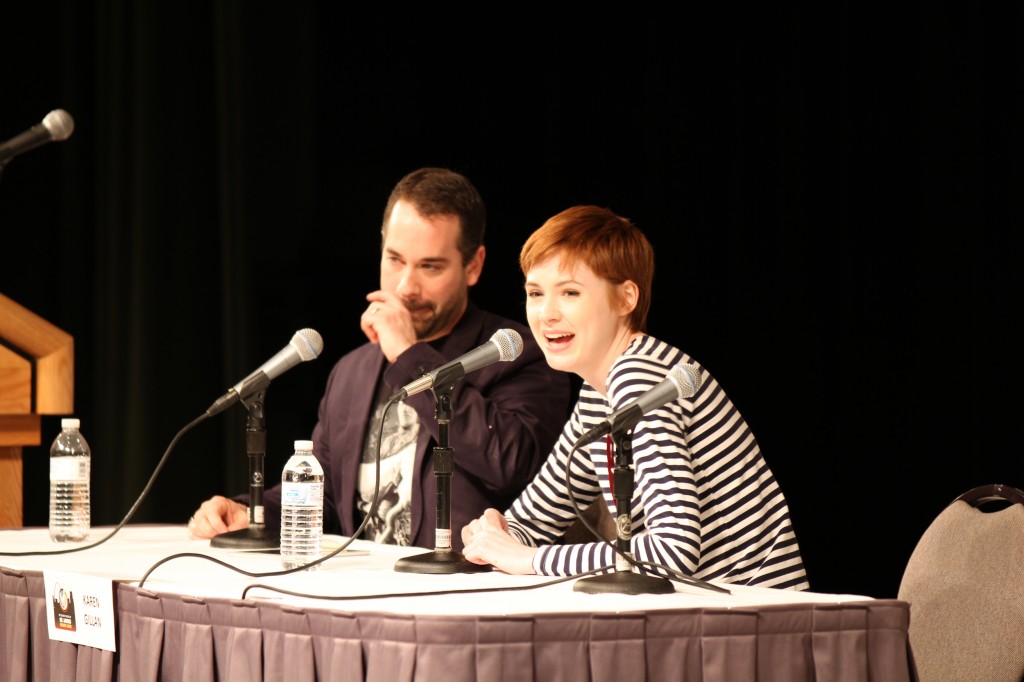 One thing that worked quite well for the film is the realistic tone of it. The characters didn’t fit into your typical horror clichés. They didn’t do exactly what they shouldn’t do. As I sat through the film I was thinking I would have done the exact same thing as the characters, however, it still doesn’t matter in the end, as good may not always triumph over evil, just like in the real world.

Clocking in at 1 hour and 45 minutes, Oculus is a bit long at times. It starts very slow. The first 20 minutes of the film is very talky, and I could have done without a bit of it. But, once the pace picks up, I found myself glued to the screen, wondering what would happen next. There is not a lot of blood and guts, which is also a welcomed change from some of the recent horror entries. I prefer good old suspenseful films with a bit of a scare, so if that’s what you’re looking for, Oculus scores on all accounts.

Oculus gets a B+.