I won’t be going as deep into Television nominees as I did in film. I’ve seen about 99% of the film, and probably less than half of the TV nominees. So, I’ll just stick with my predictions based on buzz. 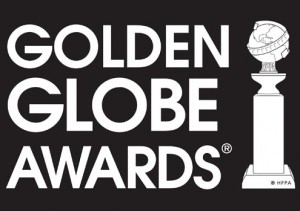 Who will win? Mad Men (AMC)

Notes: Mad Men is an award show favorite, which makes it a very likely choice to pick for the win. Although both House and Dexter had their best seasons yet. True Blood has a huge fan base, but I’m not sure the critical fanbase is quite there yet. Big Love is probably the best chance here for an upset since awards shows like these usually dote on HBO.

Notes: Julianna Margulies is back and better than ever after her hiatus from TV, but this probably isn’t the year she takes it. Wait for her to reappear in this category over the years if her show continues. Kyra Sedgwick and hubby Kevin Bacon are both up for awards tonight, but I doubt either will be walking home with a Globe. Anna Paquin is probably a popular choice with fans of the show, but her performance still doesn’t reach the heights of Glenn Close. January Jones has a chance for the upset.

Best Performance by an Actor In A Television Series – Drama

Notes: Simon Baker is probably the biggest longshot in the category, but bigger upsets have occurred. Hugh Laurie has a chance to be nominated because his character, House, has experienced a lot of growth this year. Michael C. Hall is always brilliant in his Showtime series Dexter. Bill Paxton has been getting increasingly better with his show Big Love which seems to get more love every year from the awards shows which makes it most likely that Paxton can get the upset.

Who will win? The Office (NBC)

Note: Yet another category with two newcomers. I still don’t see any of the newcomers winning in this category. Toni Collette and Edie Falco both have the power of a show that isn’t censored for network TV. Which leaves the clear front runner in the category Tina Fey.

This is most likely just a race between NBC Thursday night buddies Steve Carell and Alec Baldwin.  I’ll be surprised if anyone beats one of these guys.

Best Mini-Series Or Motion Picture Made for Television

Into the Storm (HBO)

Who will win? Grey Gardens (HBO)

Brendan Gleeson – Into the Storm (HBO)

Who will win? Brendan Gleeson – Into the Storm (HBO)

Best Performance by an Actress in a Supporting Role in a Series, Mini-Series or Motion Picture Made for Television

Janet McTeer – Into the Storm (HBO)

Notes: This is the one category I feel like there is a clear winner. Jane Lynch is consistently the funniest person on her show, and she plays her character with just the right kind of nastinest. Although, as much as I feel she should be the winner, I’m still not sure that it will happen. If Lynch doesn’t grab it Jane Adams would be the next best choice.

Best Performance by an Actor in a Supporting Role in a Series, Mini-Series or Motion Picture Made for Television

Neil Patrick Harris – How I Met Your Mother (CBS)

Notes: This is the hardest category of the night, because it contains the most amount of talent. There isn’t a single actor in this category that doesn’t deserve an award for their performance. Piven is great as Ari Gold, but has become more of a caricature in the past few years, but for some reason he still gets lots of awards. Neil Patrick Harris had one of the strongest career resurgences, and is now his very own pop culture phenomenon. John Lithgow is another person who seems intent on a career resurgence with his great role on Dexter this season. Damages continues to show how good its cast is with people like William Hurt. Although, Michael Emerson deserves this award for crafting one of the best TV villains of all time.