‘Friends With Benefits’ Reviewed by a Friend With No Benefits 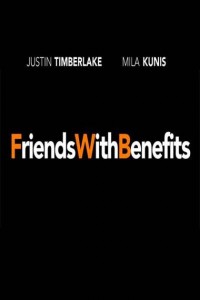 Seeing a chick flick is usually comparable to reaching into a mixed bag. On one hand, you have super cheesy, philogynistic Nicholas Sparks-esque films like The Notebook and A Walk to Remember. On the other hand, you have the more (relatively) recent, next-gen films like Love and Other Drugs which tend to throw a bone to the suffering half of the audience, the guys who get dragged to see it by their girlfriends/wives, etc. Happily, Friends With Benefits falls squarely into the latter category.

I’d reviewed No Strings Attached back in January, and the premise to this film seemed pretty similar, so I wasn’t really expecting anything groundbreaking. I rounded up a couple of lovely movie-going companions, Liz and Amber, and prayed that the ever-beauteous Mila Kunis would provide me some diversion.

The film centers around Dylan (Justin Timberlake),  a web editor for a fashion blog. When Jamie (Kunis), a headhunter recruiting talent for various companies taps him to interview for the same position at GQ magazine, he flies to New York from his home in LA to interview. Dylan and Jamie both are recovering from recent breakups with their respective exes (Andy Samberg and a John Mayer-obsessed Emma Stone) and want no part of a new relationship. The two hit it off immediately and become fast friends.

One night while drinking, Dylan realizes that he does, in fact, want to know Jamie in the Biblical sense. The two lay out the typical ground rules (no attachment, no relationship attempts with each other) and go at it. After this successful copulation, they decide to keep the element of sex in their friendship, thinking they’ll be the exception to the rule of friends with benefits (there truly is no feasible way to maintain such a relationship).

The “friendship” continues until an unexpected visit from Jamie’s mother (Patricia Clarkson) convinces Jamie they need a hiatus. Dylan agrees, and they date others. Jamie seems to find a new interest until a deus ex machina pretty much unravels it.

Both single, Jamie and Dylan head to LA for the fourth of July to be with Dylan’s family, where a bit of Dylan’s past comes to the surface and the two cope with the inevitable: they have developed feelings for each other.

There aren’t really any surprises in terms of plot and outcome, but that doesn’t mean the presentation suffers. The dialogue is absolutely hilarious. The film relies more on character interaction and reparte than slapstick and situational comedy, and it works. Timberlake and Kunis work well together, and given the amount of time they’re naked together on screen, that kind of has to be a requirement. Nothing too explicit, but you will see a lot of butt. Woody Harrelson steals the scenes as Scott, the gay sports editor for GQ. He openly flaunts his sexuality but isn’t overbearing with it, and in the words of Liz, is “the best gay guy ever.”

Not all of the film is completely light-hearted. When Dylan returns home to see his family, he’s forced to face problems from his past, ranging from minor troubles like stuttering and math to the mental decline of his father (Richard Jenkins), who is going through the effects of Alzheimer’s. Jenkins does an excellent job of portraying a proud man forced to deal with the effects of a potentially degrading disease.

As previously noted, the film invariably travels down the same path that every romantic comedy does; indeed, the people involved seem to be somewhat cognizant of their situation. The ending is pretty much predictable from the time you walk in the theater.

This does not, however, mean that the film isn’t fun to watch. Women will be drawn to the story, while guys everywhere will be upping the Google image searches for Mila Kunis.

Don’t go expecting a paradigm shift in terms of cinema making. Expect an entertaining, fun film, and you won’t be disappointed.

Amber and Liz both seemed to enjoy the film, as they were laughing about as often as I was. I found it somewhat amusing that after the success of Black Swan, Natalie Portman and Mila Kunis were once again given the same role in different films. Portman’s film was released six months earlier, but I found this one to be more entertaining.

Friends With Benefits gets a B.