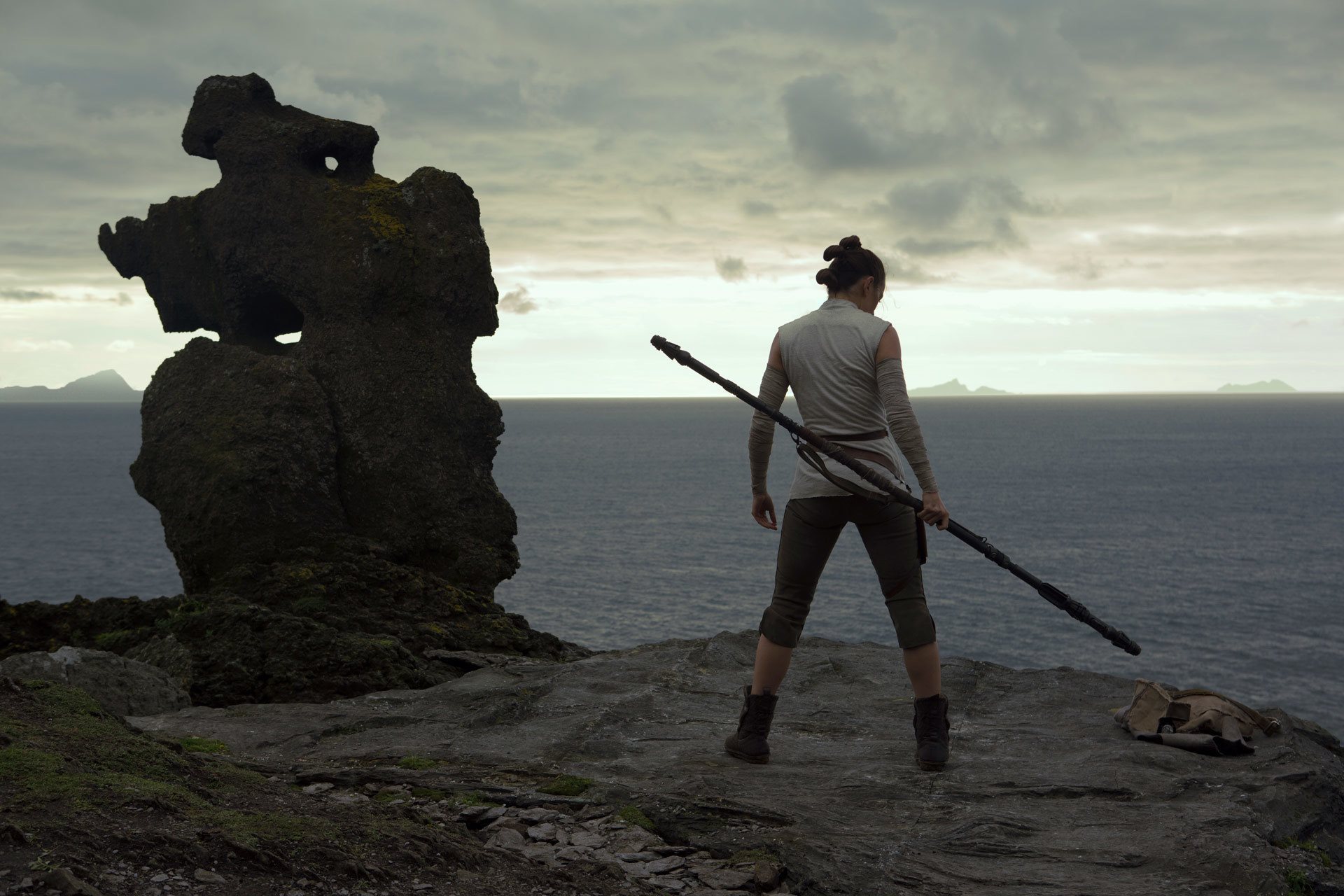 The Force Awakens was a colossal success for Disney/LucasFilm in 2015. It opened to record-shattering numbers and currently sits as the highest grossing movie domestically of all time at $936million (third worldwide at a little over $2billion). Being Star Wars and having that kind of success (especially after following the stigma that lingers over the prequels), it wouldn’t be too far of a stretch to say that this year’s follow-up, The Last Jedi, could realistically be considered the most anticipated movie of all time.

Taking over for JJ Abrams behind the pen and camera this time around is Rian Johnson, who has a short but impressive track record with outstanding films such as Brick (2005) and Looper (2012), not to mention three very well received episodes of AMC’s Breaking Bad. Johnson continues to show here that he’s very much on top of his game with The Last Jedi. He utilizes slick transitions between scenes and steady camera work throughout the film, lining up beautiful shots to complement the cinematography provided by Steve Yedlin, whom he’s worked together with on every film of his in the past. Although Abrams is returning for the currently untitled Episode IX, Disney/Lucasfilm has gone all-in with Johnson and announced he will be getting his own spinoff trilogy in the years to come, and he’s very deserving of the opportunity after his work here.

The film succeeds in a lot of ways. The action is some of the best you’ll see in the saga, beginning with a heart-stopping sequence in the opening minutes and then continuously throughout the the rest of the film. Johnson is masterful in providing the constant feeling of dread and impending doom as the First Order clearly has the upperhand on the Resistance. This is no walk in the park for the Resistance and there is no feeling of reassurance that everything is going to work itself out in the end. They’re under constant attack and Johnson relentlessly pours on the tension and strips away hope little by little throughout the film leaving the viewer questioning how and if they can overcome this onslaught.

Before I get into the stars of the the new trilogy, I’d be remiss not to spotlight it’s returning stars of old. After having only a brief cameo with no lines in the film’s predecessor, Mark Hamill returns as legendary Jedi, Luke Skywalker, and he is better than he’s ever been. Johnson gives him the opportunity to show more emotional range than ever before in The Last Jedi and Hamill absolutely nails it. I think fans through and through will agree this is the best Luke Skywalker we’ve ever seen.

The late Carrie Fisher returns in a big way as General Leia Organa and is mesmerizing when on-screen so much that I couldn’t take my eyes off of her. She definitely had control of every scene and was an absolute treat to watch. She may have retired her title of “Princess,” but she’s still considered royalty to most of the characters in these films and very much so for the fans as well. Look out for the beautiful tribute to her in the film’s credits. Her on-screen presence will be sorely missed.

Moving on to the new cast, mostly everyone is in great form. Adam Driver especially, as he returns as an even more conflicted man than he showed previously. His ability to sell Kylo Ren’s inner turmoil is astounding and makes him my favorite character in the new films and eager to see what’s next for him. The always fantastic Oscar Isaac is back as the charismatic Resistance pilot, Poe Dameron, and provides quite a bit of comedy to the film at the unfortunate expense of Domhnall Gleeson’s General Hux, who seems to be the butt of all of the jokes of the movie. No longer blissful and full of smiles though, our heroine Rey (Daisy Ridley) returns desperate for Skywalker’s help and seeking answers as to who she is. The Last Jedi is very much about her coming to terms with her recently discovered abilities seen in The Force Awakens and trying to understand her place in this universe. Ridley has come a long way and does an exceptional job pulling her weight in her scenes with Hamill and Driver both.

Where the film falters for me is where it decides on what to do with ex-Stormtrooper Finn (John Boyega). Where the previous film developed his feelings for Rey over time and made their interactions awkward but sweet, they’re apart for the entirety of this one and it’s almost as if the tables have turned with the introduction of newcomer Kelly Marie Tran as Rose. Rose is a maintenance worker that Finn happens to coincidentally meet onboard the Resistance spacecraft and becomes kind of his adoring side-kick throughout the rest of the film, mirroring that Finn/Rey relationship from The Force Awakens and questioning feelings. It’s not that aspect that bothered me as much as it is just that their mission, while integral to the Resistance’s escape, didn’t interest me enough and honestly just felt like filler full of convenient coincidences that kept their story moving. Everything made sense in a way, but nearly every scene involving Finn pulled me out of my awe for everything else that is happening.

The route that the film decides to go has me questioning my excitement for the third installment for spoilerific reasons I cannot go into here. Even after all of the cool moments (and trust me, there are a vast amount of them), I still couldn’t help but feel a little underwhelmed at the film’s end. I think I’m just missing that feeling I had at the end of the previous film where I couldn’t wait for it’s follow-up at only the short appearance of Luke Skywalker. That’s not to say the trip isn’t worth the ride though, it just leaves something to be desired. While The Last Jedi may not answer all of the questions one may have, it’s certainly a serviceable addition to the franchise.