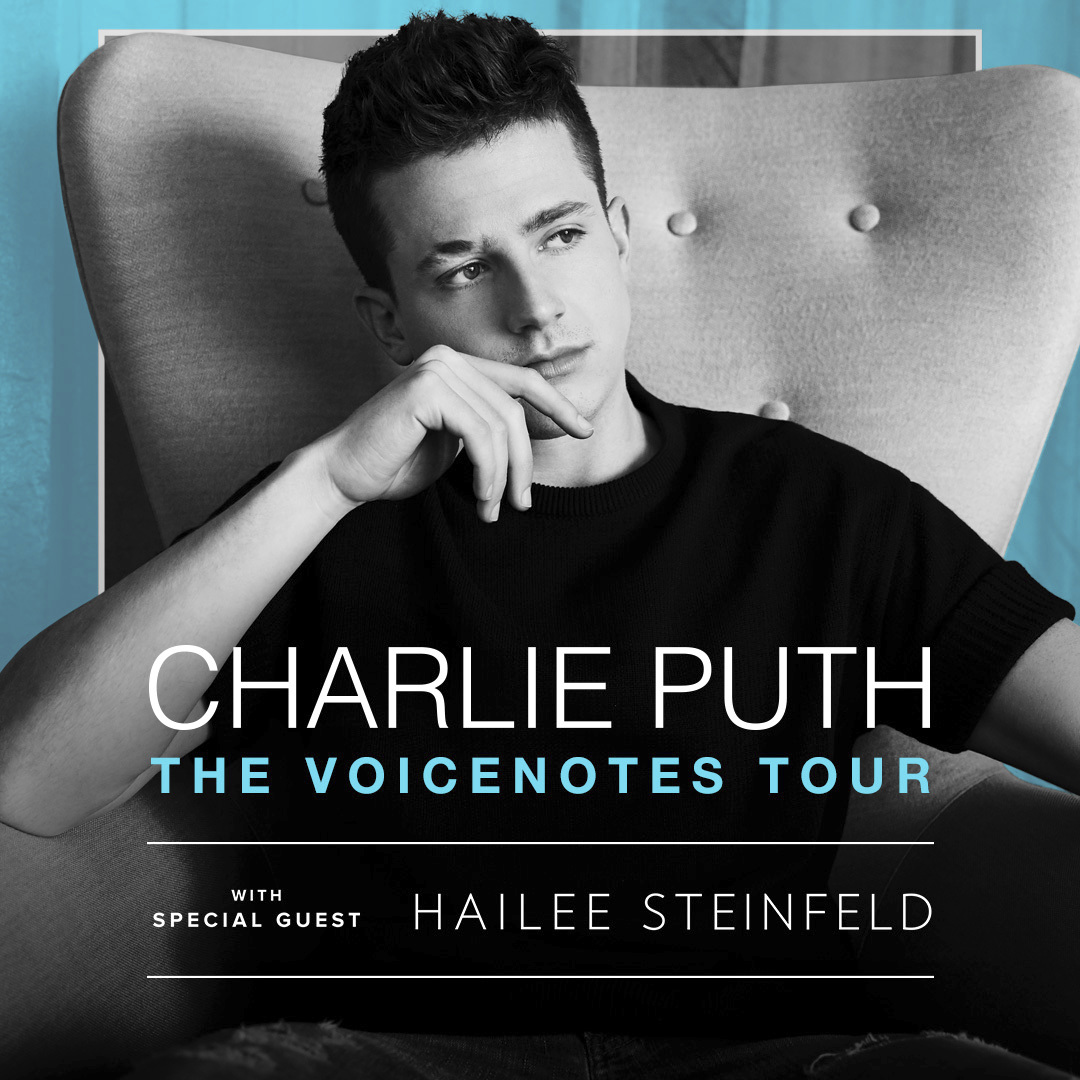 “The Voicenotes Tour” will celebrate Puth’s hugely anticipated new album, “VOICENOTES,” due next year from Atlantic Records – pre-orders are available now HERE. The album is preceded by the current smash single, “How Long,” available now at all DSPs and streaming services HERE. Now with close to 300 million streams worldwide, the single has proven yet another popular favorite both here and abroad, reaching #1 on innumerable iTunes “Global Singles” charts and Mexico’s “Ingles Airplay” while earning both gold certification in Australia and silver certification in the United Kingdom. Named by Vanity Fair as one of “The 17 Best Pop Songs of 2017,” “How Long” is joined by an even more popular companion visual,
currently boasting over 160 million views via YouTube alone – HERE “The Voicenotes Tour” special guest and Republic Records recording artist Hailee Steinfeld has quickly cemented herself as a rising force in pop music with a series of hits under her belt, including her 2015 platinum certified debut single “Love Myself,” double platinum selling smash “Starving” with Grey [feat. Zedd] and platinum selling summer anthem “Most Girls.” To date, the multi-platinum selling artist has amassed a total of nearly 2 billion streams globally. This year, Steinfeld won “Best Push Artist” at the MTV EMAs, Musical.ly’s “Top Covered Artist”
award at the 2017 Billboard Music Awards and was honored by Variety with the “Crossover Artist” award at their inaugural Hitmakers event. She also garnered three Teen Choice Award nominations for her work in both film and music.Most recently, Steinfeld released her new single “Let Me Go.” Produced by Grammy nominated DJ and producer Alesso and critically acclaimed producer, songwriter and artist watt, “Let Me Go” pairs Steinfeld with one of country music’s best-selling acts Florida Georgia Line. Performed for the first time ever on this year’s American Music Awards, the song has amassed 150 million streams on Spotify where it is currently Top 20 on their Global Top 50 chart and climbing.

Along with his worldwide popularity, Puth is among the most honored new artists in recent memory, among his many accolades a Teen Choice Award, two Billboard Music Awards, a Nickelodeon Kids Choice Award, and myriad nominations including a GRAMMY® nod for “Song of the Year” and a prestigious Golden Globe nomination for “Best Original Song.” A gifted and charismatic live performer, Puth has proven a hugely popular concert attraction, with 2016’s “Nine Track Mind Tour” selling out nearly every date within 30 minutes of its announcement. As if that weren’t enough, Puth has made any number of show-stopping TV appearances, including FOX’s 2016 Teen Choice Awards, NBC’s TODAY and The Voice,
CBS’ The Late Late Show with James Corden, ABC’s Jimmy Kimmel Live! and 2015 American Music Awards, and both the nationally syndicated Ellen DeGeneres Show and LIVE with Kelly and Michael, not to mention a guest cameo on CBS’ highly rated Life In Pieces. For news, music, and additional information, please visit www.charlieputh.com, www.facebook.com/charlieputh, twitter.com/charlieputh, instagram.com/charlieputh, www.youtube.com/user/CharliesVlogs, charlieputh.tumblr.com, and www.atlanticrecords.com.