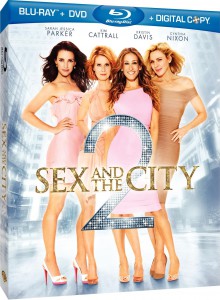 Sex and the City 2

I have never seen a single episode of the show.  I have never seen the first film.  This is obviously not a series meant to attract a 23 year old male.  Regardless of who this film is meant to attract, I have heard atrocious things about this film.  I read the first paragraph of a review of this film when it first came out that told me that Liza Minnelli sings Beyonce’s “Single Ladies” very early in the film.  This is enough for me to avoid this film like the plague.