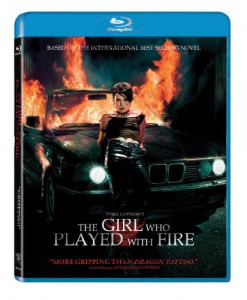 The Girl Who Played with Fire

I have not read this book series.  I have heard wonderful things about it, but I am just not much of a reader.  This series of films are supposed to be fantastic.  Movie goers in the United States are very lucky because the first film has already been released, this is out now, and the third film, The Girl who Kicked the Hornet’s Nest, can be enjoyed in theaters in a limited release in the coming weeks.  Or if you are not a fan of subtitles, you can wait a year for David Fincher’s version of the first film in the series, The Girl with the Dragon Tattoo.