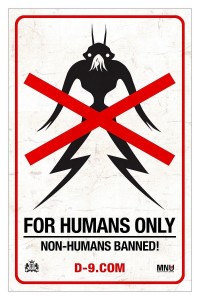 Neil Blomkamp’s feature debut is another breath of fresh air to the sci-fi fans out there featuring a thought provoking story, interesting characters, and amazing special effects all adding up to one of the best films of the year.

Wilkus Van De Merwe is an official for MNU’s human and alien relations team and he is the focus of a documentary following the MNU’s inaction of a new plan to clear District 9 of all its residents. The thing is District 9 is a shanty town slum inhabited by aliens left over from a mysteriously stalled alien mother ship looming above Johannesburg. The MNU is relocating the aliens to District 10, two hundred kilometers outside Joburg due to increasing hostilities from the locals of the city who have had enough with their visitors and are getting more and more vocal in their protests. The documentary focuses on interviews with a number of people in and around Joburg and even more so focused on people in Van De Merwe’s life. Everyone seems to have an opinion on something he has apparently done. Some interviewees praising him, some calling him a traitor, leading us to wonder what exactly happened in District 9.

The hype for this film has hit a near fever pitch and I will say that I was eating it up quite a bit leading into the screening for this film. And I have to say, I was not disappointed one bit. Unlike a lot of people, District 9 has been on my radar for quite a while now and my anticipation has been peeked ever since we saw the first glimpse at a trailer for the picture. So when I say it lived up to the hype, that is certainly saying something.

Blomkamp’s vision and story are also something to be praised as well. Following mainly Van De Merwe, we also get to know an alien and his son that we build the strongest relationship too throughout the film if you ask me. Twists, turns, and shocking developments unfold almost every scene constantly pushing you back to the edge of your seat. I found myself utterly enthralled with the picture, getting lost in the picture.

Van De Merwe’s arc is also quite fantastic and we slowly get to see his character mold into something so much more than when we first meet him. Blomkamp also seamlessly threads his visual effects into the picture with only a shot or two looking like they were artificial. It is almost mind blowing to find out that ever alien in the film is an entirely CG creation, it is incredible. Add to this the fact that the film was made for only 30 million dollars and the feat becomes even more staggering. This film should be an inspiration to all the major studios that they don’t have to spend a couple hundred million dollars to get some good effects work and allow some visually creative and ambitious directors to make their films on a tighter budget at a high quality.

The actors in the film are also almost entirely unknowns and first timers which makes Sharlto Copley’s performance even more astounding. Playing Van De Merwe is an arrogant yet bumbling official makes his transformation all the more impressive and the realizations he comes to ware on him more and more as his life slowly gets thrown upside down. Crumbling and becoming a stronger and better person all at the same time, Copley is able to convey this with ease and all while being thrown into quite a physically demanding role to boot. The animators of the two main aliens in the film also deserve endless praise as well for creating such rich and foreign characters that we can connect with and care about as their work was truly phenomenal.

In the end, District 9 is a fantastic piece of science fiction that we can cherish for a long time. An original tale that teaches us history all the same, the film is full of social undertones, thrilling action, and unexpected turns every few moments. Grabbing you from the opening scene and rarely letting you breath throughout the run time, District 9 is one of the best films of the summer and the year and one can find very little to complain about in the film as it has a taught pace, beautiful effects, great characters, and a fine little story that makes you think about our society on its own, the film is quite a remarkable feat.

District 9 is an A

Now show me Halo with Blomkamp for real this time! 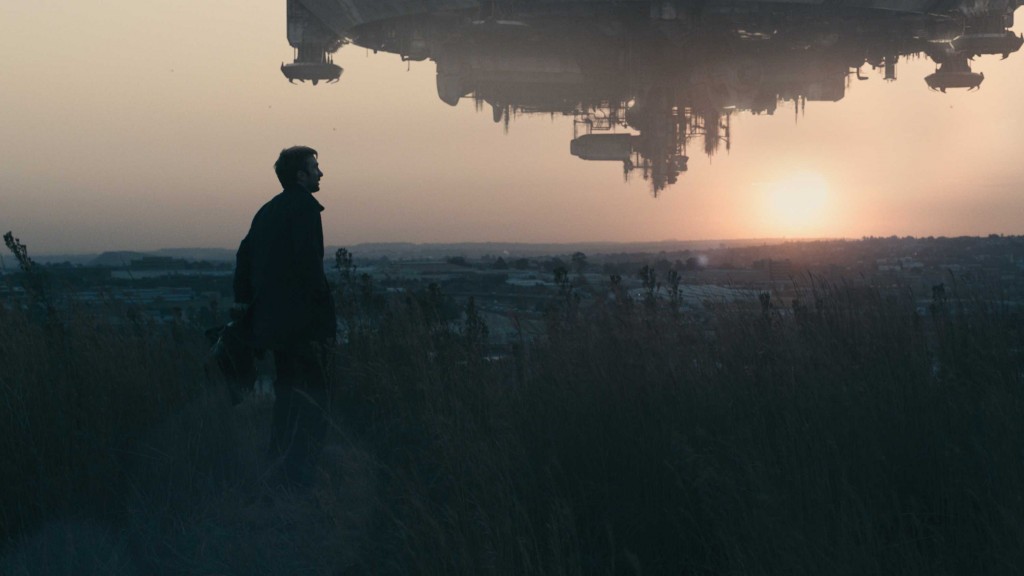