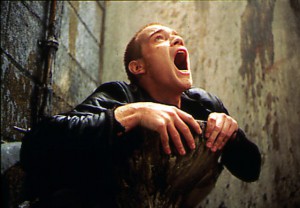 Danny Boyle hit it big when he directed 1996’s Trainspotting, and since then he has gone on to do films like A Life Less Ordinary, 28 Days Later, Sunshine, Millions, Slumdog Millionaire, and his latest hit, 127 Hours. In an interview with Cinematical, the director revealed that a sequel (with returning cast) may happen.

“It will happen, I think,” he told Cinematical. “I mean, we’ll approach them all again about it, but it will depend on what place they’re all at. We have a very strong idea that it would be a wonderful thing to reapproach, to do again, when they have aged clearly into a mid-life kind of crisis, basically. They’re not quite there yet, I don’t think.”

Although, one of the main obstacles in the way is the falling out of Boyle and his leading man of Trainspotting (and later A Life Less Ordinary), who had a spat while filming The Beach, and have not worked together since.

So, do you think they can do it? Is it time to take another look at these characters? Let us know in the comments!