The Cardinals took yet another game tonight, scoring four off Phillies ace Cliff Lee and closing out a 4-1 win. Don’t look now, but this team is rolling.

Wait a minute, you might be saying. They just lost two to San Francisco and lost last night, right?

That they did, including a 15-0 stinker laid against the Giants on Wednesday night. Since the abysmal two series to open the second half of the season, though, the Cardinals have gone 15-7. Both the Pirates and Reds, ahead of the Cardinals in the standings, have scuffled:

Pittsburgh has lost two in a row to 51-64 San Diego and has gone 3-6 in their last nine games.

Cincinnati has won two in a row, but lost five in a row before that. It was announced today that their best hitter, Joey Votto, would miss additional time after he had his surgically repaired knee scoped.

Now, 3-3 in the last six games isn’t impressive in the record column, sure, but look at who the opposing pitchers were in the six games:

Barry Zito – far from the elite pitcher he once was, but won the 2002 AL Cy Young Award

Cliff Lee – just two wins this season, but also the recipient of extremely poor run support. ERA of 3.85, WHIP of 1.18.

His stints on the disabled list this year are keeping him from getting the recognition he deserves. His last eleven games, he’s hit .357 (15 for 42) and slugged .643 while driving in eight runs. If he had enough plate appearances *, his OPS of .932 would rank him eighth in the NL.

* – To qualify for the batting title, players must have 3.1 plate appearances for every game the team has played. Currently, to qualify, Craig would need 354 plate appearances, but only has 306.

Is it safe to say the bulldog of yesteryear has returned? With the win against San Francisco, Wainwright has finally evened up his record at 10-10, and for the first time this season, his ERA sits under 4 at 3.90.

I’ve gone on the record in the past and said I’m not a fan of Wainwright’s mechanics, and I’m still concerned that in the future, his motion may require a second Tommy John surgery in his arm. For now, though, he’s gone back to being one of the best starters in the game. The Cardinals have said that there would be no innings limit for Waino this year, and he’s on track to throw 200 or more innings for the third time in four years.

Before he got rocked in Colorado, Lohse had a ten-game quality start streak in which he had a 2.08 ERA and hitters had an OPS of just .582 against him to go with a WHIP of 0.981. Since that start, in two starts, Lohse has given up just one earned run in 13 innings to go with 13 strikeouts and an OPS of just .494.

Yeah, the title’s weird. Deal with it and look at my fun bits. 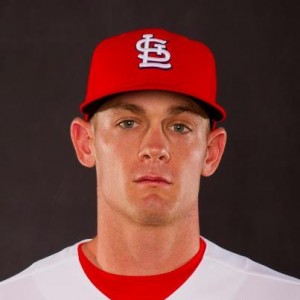 – Ryan Jackson made his major league debut tonight and was tested early and often in the field.

Jackson committed an error in the fourth inning when a Laynce Nix grounder ate him up and was initially given an error in the first, but by my count handled seven other chances pretty well. He displayed some terrific range and started one double play and would have started a second had Utley not taken out Furcal with an excellent slide. Jackson’s a natural shortstop, so he’s playing out of position at second. While some might point out that second and short still require fielding ground balls, there are differences in the approach. Jackson’s played just 14 games at second base in the minors this season, so he’s still learning the curve.

At the plate, he didn’t appear too lost, although I wouldn’t have blamed him if he did; Cliff Lee can make even elite veterans look foolish. Jackson flew out all three of his at-bats, but his first at-bat, he ran the count full and fouled off a couple pitches before he flew out. His second at bat was a solid liner to center.

Starting shortstop Rafael Furcal’s dealing with a couple different issues, namely shin splints and a hurting lower back, and since the beginning of June, he’s hitting just .199 (43 for 216), so it’s not unreasonable to think that Matheny might give Jackson some playing time here in the next coming weeks, either at short or at second with Daniel Descalso at short.

– The Cardinals in years past have often been described as a “stars and scrubs” team, ie a few select players carry the team (think the years of the MV3 and the years of the last half decade that didn’t involve Matt Holliday). This year, the offense is much more balanced.

The Cardinals currently have five players on pace to hit 20 or more home runs and drive in 70 or more runs.

* Carlos Beltran has already done it with 28 home runs and 82 RBI.

* Matt Holliday has also accomplished the feat with 22 home runs and 79 RBI.

* Yadier Molina has 16 home runs, a career high, and 56 RBI. He’s on pace to top his career highs in RBI, average, on-base percentage, and slugging.

– Speaking of Allen Craig, he’s been an absolute RBI machine this season. How good has he been?

Over the course of an average season of 550 at-bats, this would put Craig on pace for 118 RBI.

– The Cardinals sure like players with z’s in their last names. With lefty reliever Marc Rzepczynski paving the way, the Cardinals signed minor league shortstop Lance Zawadzki and assigned him to Memphis to take the place of Jackson. Zawadzki was drafted by the Padres and played in 20 games for San Diego in 2010. He’s bounced around the minors and was most recently in the Braves organization.

The Cardinals wrap up the series in Philly today with Lance Lynn facing Vance Worley. After that, the Cards take Monday off before a nine-game homestand against Arizona, Pittsburgh, and Houston. After that, the team heads off on a ten-game road trip, after which the playoff race may have a completely different face, as they’ll head to Cincinnati, Pittsburgh, and then Washington.

Sidenote, big personal thanks to my editor, Kevin, who surprised me with tickets to all three games in the Houston series. Kevin and Blake are phenomenal editors to write for, and I’m much obliged for their constant support.