They’re not always pretty, but damn if they don’t get the job done.

With the win, the Cardinals go into the break with…

– the highest team batting average in the NL, third overall (.276)

– the highest team on-base percentage in the NL, third overall (.337)

– the highest team on-base plus slugging in the NL, fifth overall (.753)

– the best average when hitting with runners in scoring position (.337)

– the best average when hitting with runners in scoring position and two outs (.328)

– the second-best fielding percentage in the NL, sixth overall (.988)

As a result, the Cardinals sent six players to CitiField to represent them at the All-Star Game after Edward Mujica was named a replacement for Adam Wainwright, who pitched yesterday. This ties the team’s modern-era record for most representatives at the All-Star game (the team sent eight to the 1943 All-Star game, but there were only eight teams in the National League, so it was a bit easier to have multiple representatives). 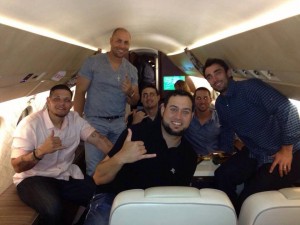 So yeah. Enjoy the festivities this week. The Home Run Derby kicks off tonight at 7:00, and the game begins tomorrow evening at 7:00 CT as well.

– Something you may have never realized: the day before and after the MLB All-Star game are the only two days in the year there are no games scheduled for the four major professional sports in America (if you count Major League Soccer, then this would leave Monday as the only day without a professional sports contest, as there are MLS games on Wednesday).