In an ongoing story that has more ups and downs than Oprah Winfrey’s scale, Brett Favre has told the Minnesota Vikings that he did in fact see his shadow this morning and will be retiring for at least six weeks. 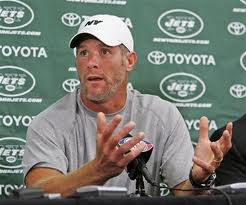 Favre was later seen looking at the ground again, as if he were re-considering his decision.

“I’m retiring. On a sidenote, you are a ridiculously good writer with enviable good looks. I’m jealous that you get all the ladies,” is what I think he would have told me in an exclusive interview he’d grant me if I weren’t an anonymous writer he’s never heard of. If this is in fact the end, it caps a career during which Favre threw for 69,329 yards, 497 TD and 317 INT for a career passer rating of 86.6. He enjoyed his best year last year with Minnesota, throwing for 4,202 yards, 33 TD and 7 INT, good enough for a 107.2 rating.

Love him or loathe him, Favre is perhaps one of the best quarterbacks of all time. He holds several career passer marks (TD, INT, best five o’clock shadow) and brought the Green Bay Packers back to prominence for several years with his playmaking, but that same aggressive mentality also caused him to commit many head-scratching mistakes.

In recent years, Favre has been lampooned for his inability to decide whether to play another season or retire, causing more indecision than me at a buffet. He suffered an ankle injury in the NFC championship this past winter, forcing him to have surgery. He attributed his retirement to the slow progress he’s made in rehabbing the ankle, quickly refuting the notion that the injury was caused by his comfortable Wrangler jeans. 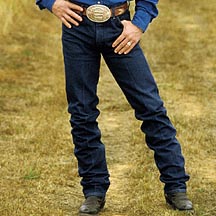 The pants are not to blame.