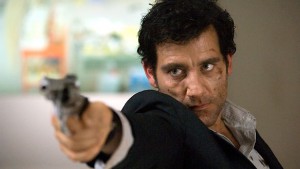 David Schwimmer is most well-known for his role as Ross on “Friends”, but he recently has tried his hand in directing.  His first film was not exactly successful.  Run Fatboy Run was not loved by critics or audiences receiving mediocre reviews and only about $5 million in its theatrical run.  I personally enjoyed the film due to my love for Simon Pegg.  So Schwimmer has decided to venture away from comedy in his second trip in the director’s chair and move towards a thriller.

Trust stars Clive Owen as a vengeful father after his daughter has been the target of a sexual predator.  Catharine Keener plays his wife and Oscar nominee Viola Davis plays a supporting role.  The trailer featured below plays exactly how you would expect with the above description.

I am always interested to see what Clive Owen is doing.  I think he is a fantastic actor who is always believable in the roles that he portrays.  I’m willing to give Schwimmer a shot in the director’s chair.  I respect he is trying to establish another career after “Friends”.  A feat that only Courtney Cox has accomplished with “Cougar Town” (Aniston is a success if you consider churning out bad romantic comedies a good career).

What do you think of the trailer?  Will you be seeing this film?  Did you enjoy Run Fatboy Run?  Let us know in the comments below.