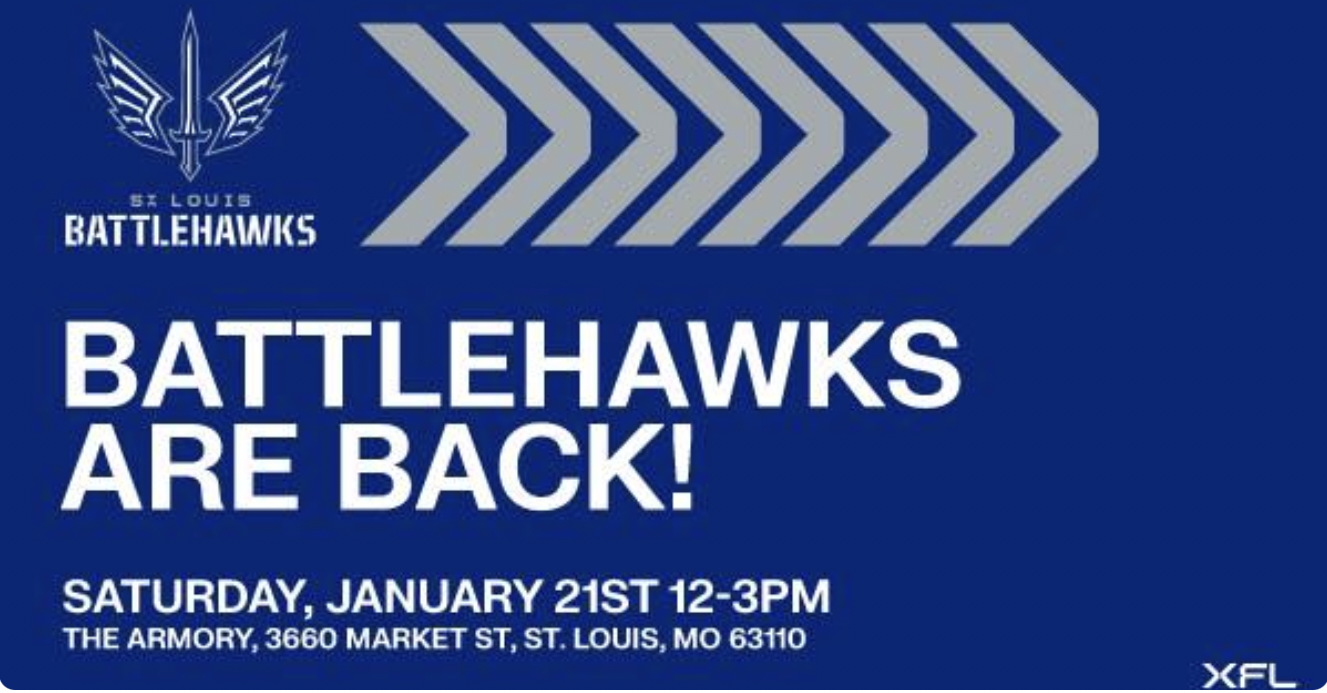 The temperatures may be chilly, but the St. Louis BattleHawks news is heating up.

The team is holding a fan fest on Saturday, Jan. 21  from noon-3pm at the Armory STL to celebrate the upcoming 2023 season.

The event is free and open to the public. Fans will be able to enjoy a variety of football activities, giveaways, autographs, and fun. Season ticket holders will have a special access opportunity.

St. Louis Battlehawks Head Coach Anthony Becht will be attending the Fan Fest and is scheduled to be joined by the following players:

Meanwhile, there is an opportunity for BattleHawks fans to take part in the Texas Takeover! It’s a bus trip to the season opening game in San Antonio.

A 50 passenger, luxury bus will be traveling to San Antonio on Friday, Feb. 17. The bus will depart around 10 p.m. from River City Casino.

Join us in Arlington to support our former head coach in the league’s inaugural game, RENEGADES/VIPERS, and our beloved BATTLEHAWKS in San Antonio for their season opener against the BRAHMAS.

Hotel and game tickets are TBD/On Own.

7AM Depart for San Antonio

10AM Arrivial at River City Casino

Sponsorships are available as well.