“X-Men: First Class” Star Kevin Bacon Talks About His Role In The Film 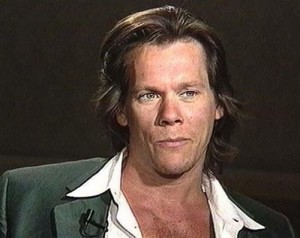 I feel that X-Men: First Class stuff is gonna start pouring in.  The response to the cast photo that was released yesterday was not great.  Fox has said that a finished version will appear online sometime today, and I would imagine more photos to calm fans down.

Until then, here is an interview Kevin Bacon recently did with Moviefone.  He talks about his role and the tone of the film.  I picked out a couple of questions I found most interesting, but if you want to see the rest of the article head over here.

What can you tell us about your character, Sebastian Shaw, and how he figures into the plot?
You don’t see much [of his backstory] in the movie, but he’s kind of a self-made man. He lost his father as a young man, made his first million by the time he was 30 and first billion by time he was 40. He’s a very powerful billionaire and also, as it turns out, a mutant. He’s the leader of the Hellfire Club, which is a nightclub for the rich and extremely powerful. And he has a plot to take over the world, so that’s really fun. He’s incredibly good at manipulating people and at taking whatever kind of energy or ability they have and using it to his advantage, like if he’s talking to a German, he’s fluent in German. He’s very charming and able to get whatever he wants.

Are you signed on to more than one film?
I am, but whether or not I end up in any more remains to be seen.

The movie is set in the ’60s: Is Vaughn going for a swinging ’60s, James Bond look?
There is an element of that, certainly to my character. I’ve got some pretty nice pads and I’m kind of slick in that way. I don’t think it’s visually, in terms of camera moves, it’s not trying to recreate that. But it has an element of that. The set design is fantastic. I’ve only seen the sets that I’ve been on and they are really interesting and very ’60s modern and super cool, and beautiful. I have one set that’s kind of like an inner sanctum and then I also have a submarine; the inside of the sub has elements of my other set. I have my own set of style and wanted to translate it over to my board room and stuff. It’s great. I love the way it looks.