It was hard for me to grade Monday’s Raw due to the fact that the WWE had a hard act to follow with SummerSlam. Yes, the pay per view was that good, mainly because of two epic matches, and a supreme screw job orchestrated by Triple H. 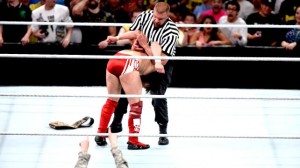 I have to say that overall, I was a bit letdown with Raw, but that doesn’t mean that it was bad. I thought that by having Cena come out first, with his nasty looking elbow showing was a good move. It gave him a chance to say goodbye for the next few months. It’s being reported that Cena will miss 4-6 months after the surgery. It will be interesting to see where the WWE goes with that much time without their ‘Face of the Company.’ I really don’t think it will be a big deal because Daniel Bryan is so popular with the fans right now. I also think that the impending Rob Van Dam feud with Alberto Del Rio will help things too. I would love to see the strap around the waist of RVD. He’s pretty popular at the moment, and hasn’t seemed to have lost a step at 42 years old.

As for the controversial ending to Sundays pay per view, it didn’t surprise me. The Internet had been buzzing all week about a possible heel turn from Randy Orton and Triple H. I just think it was a shame it had to end such a classic match that way. Cena and Bryan really worked well together. I have to give major props to Cena for fighting through injury and putting on one hell of a match. There is no doubt that Bryan can be the face of the WWE in the few months that Cena is out of action. I look for Bryan and Orton to carry this feud for a couple pay per views. It’s clear now that the McMahon family will be running the show on Raw for a while, or until someone can actually stand up to them. Having The Shield beat Bryan mercilessly, then having Orton RKO him was pretty brutal. It really makes the fans hate the McMahons’, which is smart business. I think people will tune in to see if Bryan can get his revenge, or if the McMahon’s will have their cake and eat it too. 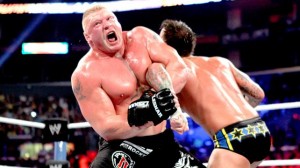 As for the other big match at Summerslam, CM Punk and Brock Lesnar put on a show for the ages. It was one of the best and most brutal wrestling matches I’ve had an opportunity to see. Lesnar proved why the WWE gave him such a lucrative contract deal to be part-time. Punk showed why he is truly “The Best in the World.” While Lesnar will be gone for a while, I look for Punk to get his hands on Paul Heyman, and destroy him.

Onto Raw, besides the Bryan/Orton storyline, and the Cena injury, it was rather uneventful. I was not pleased with the rematch of Cody Rhodes and Damian Sandow. What was the point of having them at Summerslam only to give the same match away free the next night? That’s the brilliant WWE writers for you! I thought the wrestling matches were pretty decent overall, but nothing to get excited about. I still enjoy Fandango. His antics continue to crack me up. I hope his feud with The Miz goes somewhere. While I’d give Summerslam an A-, and it was definitely the best pay per view of the year, I’d give Raw a B-. Although, the line of the night was delivered by Bryan to Stephanie McMahon, “If you lay down with trash, you start to stink!” One of the funniest lines I’ve heard on Raw in quite a while.

Hopefully, the program can rebound from some sluggish segments next week. With the addition of the RVD and Del Rio feud, as well as more from the Bryan/Orton/McMahon saga, I’d say the chances are pretty good that the show will be entertaining.