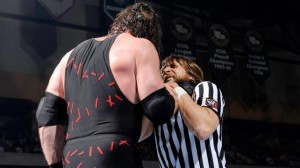 This week’s Monday Night Raw again was middle of the road, as an entire show goes. There was some good and some bad, much like last week. I think the main thing that Raw suffers from is the lack of explanation for some things. The first thing being the McMahon’s; Are they crazy, power-hungry, dictators, or all of the above? Every week we get a segment with Vince, Stephanie and Triple H, each trying to call the shots. What is the point of this? Could this lead to a huge feud at Summerslam? Hopefully, we will learn something soon, because it’s getting pointless.

My next criticism is the use of Daniel Bryan. Last week he had a career-defyning face-turn against Randy Orton, and this week he’s flip-flopping by turning on his partner Kane. I don’t get it, and I doubt a lot of fans do either. If Bryan is truly going to feud with Cena at Summerslam, he needs to have a clearly stated stance of heel or face. It’s that simple.

My third criticism of the show is the use of Dolph Ziggler. It appears that Ziggler has also made a face-turn for no apparent reason. I do believe he could be a great “good guy”, however, at this moment I think he could be better utilized as a heel. He could get more ‘big money’ matches. 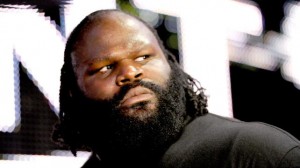 As far as the positive things from Raw, I did enjoy the ending with Cena and Mark Henry. Building Henry as this large monster that Cena is afraid of is the right way to go. Heny is the rare big man who is not just strong and big, but athletic. He’s the total package, as his promo a few weeks ago showed. Let’s hope the WWE keeps the momentum with this feud going.

C.M. Punk was again feuding with Curtis Axel this week. Punk made it clear he did not want to work with Axel, but Heyman wouldn’t listen. This feud is basically just filler until Brock Lesnar shows up. I don’t have a lot of interest in the feud because Axel is so raw. He’s not ready for a push and I’m hoping that he loses the title at Summerslam.

Next week should be interesting, as The Wyatt’s make their debut. They are billed as a sort of Deliverance-style family from the backwoods. The vignettes that have been showing about them the last few weeks are very creepy yet cool. I’m really looking forward to seeing their debut next week.

For more pictures and video, and a full reacap, visit WWE.com.