Who Could Be The New Spider-Man?! 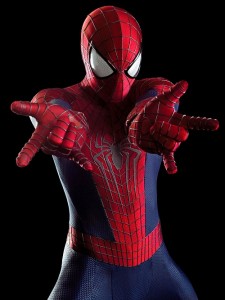 Finally.  After years of speculation and two lackluster (albeit not from a money making stand point) entries into the Spider-Man mythos, Disney/Marvel and Sony Pictures have come to an agreement to share the rights to The Friendly Neighborhood Spider-Man. This deal will bring Spider-Man into the Marvel Cinematic Universe (MCU) and will allow Marvel to revitalize the stagnant Spidey franchise while giving Sony a major franchise again. With this new chapter in the history of Spider-Man about to be written, who will be cast as the web slinger?!

Before we get into the possible actors, I’d like to explain how the deal is going to work.  It’s a little convoluted, so bear with me, I’ll break it down for you.

Okay, now that we’ve got that out of the way, let’s talk about who could strap on the web shooters.  A younger actor will be needed for a high school aged Peter Parker.  But who said he has to be Peter Parker? Could we see the MCU debut of Miles Morales? Let’s take a gander at some possible choices, shall we? 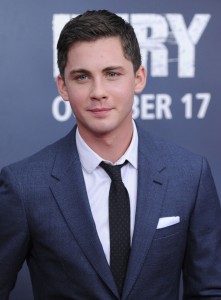 The first (and pretty obvious) choice is Logan Lerman.  With some amazing (see what I did there) performances in  The Perks of Being a Wallflower and  Fury, Lerman has the chops to pull of the dramatic side of Peter.  The struggle of  being a high schooler and super hero while dealing with the guilt of allowing your  uncle to be murdered can be quite the burden. The trick is being able to balance that  with the trademark snark and wit that makes Spider-Man so gosh darn lovable. The issue that Lerman might run into is his lack of comedic experience.  Almost all of his work his been on the dramatic side of things.  That’s not to say he can’t pull off the snark and quick wit of Spider-Man, but I have my reservations. 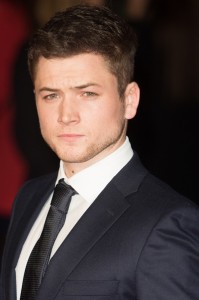 Little is known about the star of  Kingsman: The  Secret Service (which is a comic book movie), but he has the super hero pedigree already. From what I’ve heard about Kingsman, Egerton handles the switch from street punk to super spy with relative ease – something that might come in handy when going from timid science nerd to quick witted super hero. Another advantage is that Egerton isn’t yet that well known. If you were to cast a well known actor in the role, you might only see that actor and not the character.  For example, you cast Zac Effron as Peter Parker, you don’t see Peter. You see Zac Effron PLAYING Peter. Also, it doesn’t hurt that comic book author and Co-Creator of The Secret Service, Mark Millar, has given Egerton his stamp of approval. 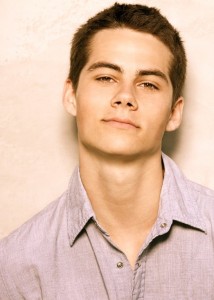 I’m not too familiar with this kid either.  He was the lead in The Maze Runner so that helps with the action movie chops.  He also starred in The Internship, which is a pretty bad flick on its own, but getting a shot at working with Vince Vaughn and Owen Wilson could only help the kid.  He also stars in MTV’s Teen Wolf reboot (Ugh!!!) as Stiles. While that show is not meant for a 30 something adult male, O’Brien is pretty funny. He has a leg up on Logan Lerman only because he’s  been in some stuff where he’s is allowed to be funny. It doesn’t hurt that he looks a little bit like Andrew Garfield. This is another case of Marvel being able to mold this kid into the Spider-Man that can be featured in future projects. His schedule might be a little tight given that he has another Maze Runner flick in the pipeline, and he’s a recurring character on Teen Wolf, but I’m sure he’d make time to be Marvel’s most popular superhero. 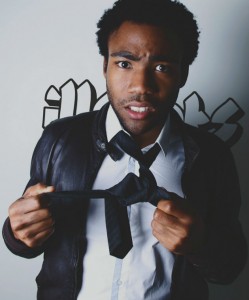 If Marvel/Sony do decide to go with the Miles Morales (current Ultimate Spider-  Man) character instead of Peter Parker, then Glover is really the only choice.  Glover has been lobbying for this role since Miles was introduced.  He even went  so far as to do the voice work for the character in the Ultimate Spider-  Man cartoon. He has the youthful look to pull off a high schooler. He has the  comedic chops to pull off the wit of Spider-Man, but he doesn’t need to rely on  his comedic side as much for Miles.  The Miles Morales character is not the same  as Peter Parker, so the humor aspect can be toned down a bit.  I’m willing to bet  Peter Parker will be the character that gets the nod in the new incarnation, but  even throwing Glover into a high school class as Miles would be a great nod to  the character and open it up for future movies with Miles. 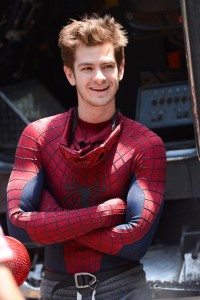 I’m just going to say it, I really liked Garfield in the role.  He was a really good Peter  Parker and spectacular (I can do this all day!) Spider-Man.  He was not the problem  with those two movies. He was able to capture everything that I love about the  character. He nailed the awkwardness of being a high school nerd, and he understood that Peter loved being Spider-Man. If you’re watching The Flash on the CW, then you’ve seen what we could have gotten if Sony knew what they were doing with the Spider-Man franchise. Garfield did have some talks about returning to the role, but that door has since closed.  It’s a real shame that we won’t get to see what he could do with a  great script.  There’s always hope, though!

Before I wrap this up, I wanted to make a couple of Honorable Mentions. 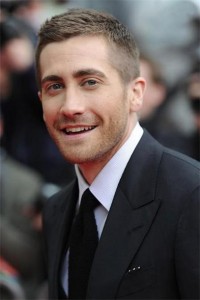 Gyllenhall was a name attached to Spider-Man 2 at one point.  After Tobey Maguire got “hurt” on the set of Seabiscuit, Gyllenhall was going to take over the role. Realizing that he needed to stop being a little lady, Maguire made a miraculous recovery and reclaimed the role. Gyllenhall went on to do The Prince of Persia and has yet to return to the big budget action movie scene. Since Marvel wants to put Peter back in high school, Gyllenhall won’t get the opportunity to wear the red and blue spandex.  That’s a real shame because out of everyone on this list, he would have been the best. Could you imagine Gyllenahall, Downey Jr., and Evans in a scene together?! 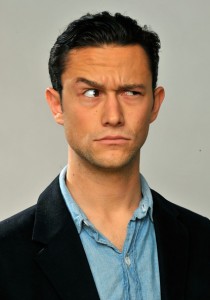 If you thought Jake Gyllenhall would have been perfect as Spider-Man, could you imagine how sensational (last one I swear) Levitt would have been? He’s the right size, the perfect blend of humor and that hard-to-find every man quality. He’s done work in big budget action flicks, and he’s done some pretty intense drama flicks. Team him up with director Drew Goddard, and we would finally see the Spider-Man movie we want AND the movie we deserve!

There you have it.  Those are my picks for who could be the next Spider-Man. I couldn’t be more excited to finally see Marvel use whatever voodoo they’ve concocted on the Web Slinger. I really do believe that they will do something special.

Let’s hear who you fine readers would like to see don the webbed tights.  Feel free to comment below.