Where is WWE going with Daniel Bryan/Vince McMahon?

I’m going to take a break from my usual Raw Review column this week to focus on the big storyline from Raw and the effect it could have on the future of not just WWE, but wrestling in general. 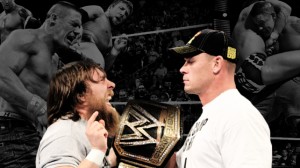 Of course the big storyline in the WWE right now centers around Daniel Bryan. Bryan is finally getting the big push that wrestling fans have been hoping for. For the next three weeks, leading to SummerSlam, we are going to see Bryan not just butting heads with current champion and face of the WWE, John Cena, but owner Vince McMahon.

Many wrestling fans have been screaming for a John Cena heel turn for the last couple years, and if you think this feud could lead to it, forget that notion. Cena will never turn heel in the WWE. He is their cash cow, the face of the company, and the main draw for many females and children. In this current PG-era, Cena will be the ringleader of this wrestling circus for as long as it’s profitable. However, that does not mean Bryan cannot be the champion.

Back in the Attitude Era, fans tuned in every week in record numbers to see Vince and Stone Cold Steve Austin butt heads. Many could argue that Austin was the face of the company in the Attitude Era, while the WWE has tried to push The Rock as the greatest from that era. Really, that argument is besides the point with the current possibility of this major storyline. Can Bryan/McMahon recreate the feud of Austin/McMahon and have the success? Only time will tell, and if the last couple of Raw episodes  are any indication, the Bryan/McMahon feud is going to be a major part of the WWE for not just the near future, but well after the summer.

It’s clear that the WWE has heard the fans grumbling and anti-Cena chants, so rather than risk millions of dollars in product sales, the career of John Cena, and the major draw for the younger audience, the company may have come up with a creative solution. Time has a funny way of repeating itself and while the company is in no way in dire straits, compared to shortly before the condition it was in before Austin became a driving force, it’s clear something needs to be done to keep wrestling fans watching. In the 90s, after many wrestlers had jumped ship for WCW and the steroid scandal rocked the WWE, business was hurting. Enter Steve Austin, the foul-mouthed, beer drinking, anti-establishment. His feuds with McMahon were legendary. Pulling a gun on his boss in the middle of the ring, soaking his boss in beer, and flipping his boss the bird, were just a few ways Austin spoke out against the norm.

Enter Daniel Bryan, a guy who doesn’t fit the usual mold of championship-caliber wrestlers. He’s small, not particularly muscular, basically looks like a normal guy. In today’s WWE, ‘what’ has turned to ‘yes!’ and beer has transformed to ‘the beard’. While McMahon disliked Austin because he was too foul mouthed to represent the company, it seems like he dislikes Bryan because he isn’t big enough, or charismatic enough to represent the company. All this will play out at SummerSlam, and could possibly go far beyond if the WWE wants to take it that far.

If Bryan wins the title from Cena, this could go one of two ways, Bryan walks out with the belt, leaving McMahon embarrassed for his beloved company and quite angry. The second way I could see this going is Bryan winning over Cena, only to have McMahon urge Randy Orton to cash in his Money in the Bank contract. This would give Orton his much needed heel turn and push a good feud with Bryan. This could also segway into the current McMahon vs. McMahon feud. Triple H is behind Bryan, while Vince favors someone else. We just don’t know who that is. It could be a guy on the roster, or possibly someone not on the roster. I would personally like to see Matt Morgan brought in to be Vince’s ‘chosen one’. Then you have Stephanie, who is kind of in the middle of things. She is trying to be the voice of reason, but you never know what she will do. Either way, it’s a win-win situation with Bryan winning the belt. But, that doesn’t mean that will happen. WWE has shown that they will not always listen to what the fans want, but with the Bryan/McMahon storyline, it’s clear that this could be great for business. And if business is good, the WWE will make lots of money, and at the end of the day, that’s the bottom line. 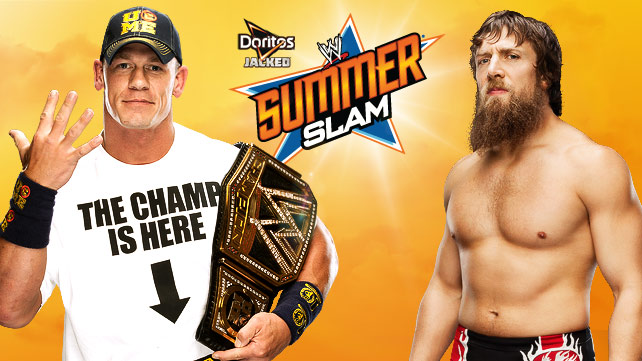