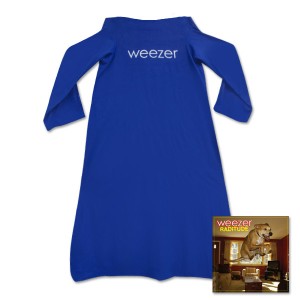 As strange as it sounds, Weezer announced that they will be releasing their latest album “Raditude” in a bundle with the band’s branded Snuggie. The package can be purchased for one easy payment of $30 on Weezer’s online store. But act fast! They can’t do this deal all day…

Weezer even filmed their very own commercial for their special edition Snuggies. Watch below –

If you don’t want to pick up the Snuggie, Amazon has the entire album available to download for only $4!