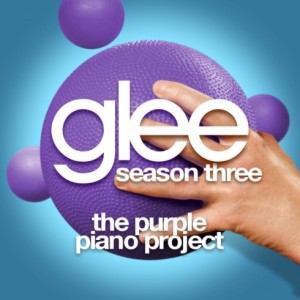 Tonight marks the return of Glee for its third season. We find ourselves at McKinley High School as several of the Glee kids begin their senior year. As a result of losing last year’s National competition and a couple of their teammates, the Glee club starts an initiative to recruit new members. Meanwhile, Cheerio’s cheerleading coach Sue Sylvester starts a campaign for Congress.

Fortunately, Glee has returned with a good deal of plot. Quinn has gone dark, Blaine is now at McKinley and half the Glee club will be preparing for graduation. One of the main problems with last season was that it would take three or four episodes to make one plot point; and when the plot did take a turn, it would usually be resolved to its original state by the end of the episode. While this convention may work in sitcoms and half hour comedies, Glee’s hour long serial format demands a more consistent story arc from episode to episode.

Fans of The Glee Project will be pleased to know that on this episode of Glee, finalist Lindsay Pearce makes her television debut. She plays a member of another local show choir who reminds Rachel and Kurt how “small time” they are. Lindsay doesn’t seem fully comfortable yet on the small screen, but performs admirably in one of the episodes better musical numbers.

Tonight’s episode is hit and miss in terms of enjoyable songs. We Got the Beat (The Go-Go’s) opens the show (twenty minutes in) and is accompanied by Ding-Dong! The Witch Is Dead (The Wizard of Oz), It’s Not Unusual (Tom Jones), Anything Goes/Anything You Can Do (Anything Goes/Annie Get Your Gun) and You Can’t Stop the Beat (Hairspray). We Got the Beat and You Can’t Stop the Beat are the two best performances, but the others have their moments as well.

Hopefully Glee will be able to keep up with the story arcs that it created tonight. It will be interesting to see where Quinn’s new dark side takes her as well as how the Glee Project winners will be incorporated into the show. Only time will tell.

Did Glee get too popular too fast? You think Glee is too political? Let us know in the comments section below.