Week 1 And Other Thoughts

Hey all, sorry I never got around to finishing my 2011 preview. This spring, I took the job of head coach for an Atom 2 (9 and under) baseball team, so it’s been a bit of a second job working with them. I’ll try to post as often as I can, but until the end of June, I’ll probably be a bit busy.

This hasn’t stopped me from watching the Cardinals, however. And having watched them, one word comes to mind: oof. 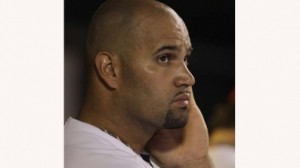 In early February, the Cardinals looked like strong contenders for the NL Central. They had the best 1-2 starting combination, as well as the best 3-4 hitters in the division. Thanks to Tommy John paying a visit to Adam Wainwright and Matt Holliday deciding he didn’t need his appendix anymore, the start to 2011 has been anything but pleasant.

Quite frankly, they’re not hitting. The team is hitting .223 (25th in the majors) and have scored a measly 19 runs (29th). The absence of Holliday, who went 3-for-4 with a home run and two RBI in the season opener, has hurt the Cardinals in the short term; fortunately, he’s expected to be back after this weekend.

The individual everyone is obviously harping on is Albert Pujols. After the huge deal surrounding the off-season contract negotiation, the focus went from his contract situation to his performance. So far this season, he’s off to a very human start, hitting .179 with one home run and four RBI. His on-base percentage (.226) and slugging (.286) aren’t much better. Talk shows and online forums are all harping on his performance.

The problem isn’t solely Pujols’ to shoulder, however. With the exception of a few guys, nobody on the team is hitting. The Cardinals rank 22nd in the league in OBP (.301), 29th in slugging (.282), and 29th in OPS (.583). Management sacrificed a little bit of defense for what they considered an offensive upgrade, but one week in, this has yet to be shown. The Cardinals still haven’t scored more than four runs in a game.

Strong defense has always been a hallmark of Tony La Russa’s teams. This year, however, the Cardinals have looked lost in the field at times. The Cardinals have committed seven errors, tied for third-most, including yesterday’s game that included three errors. Pujols’ dropped ball in the bottom of the 12th ended up costing them the game, as given an extra out, San Francisco pushed across the winning run.

Off-season acquirement Ryan Theriot, who the women of St. Louis seem to be in love with, has made some highlight-quality plays, but has also committed three errors. He’s fielding just .906 so far this season, and given the fact that shortstop is generally considered the second most important fielding position in the game (not including pitchers), this could be a problem down the road. Pujols, consistently rated a top fielder the last several years, has two so far.

Ryan Franklin has had a solid last couple of years for the Cardinals, so Tony will keep with him and give him a chance to work out the problems he’s having. But the fact of the matter is, he’s been given the ball with a win on the line three times, and two times he’s blown it. His WHIP is 1.67, and he hasn’t demonstrated much command, something essential to him given his dearth of power behind his pitches.

Considered the team’s top prospect before he was called up in 2009, many people predicted he would have a breakout year in 2011. As the primary 2-spot hitter, Colby’s been the one consistent performer at the plate for the Cardinals. Through seven games, he’s hitting .348 and has a team-high seven walks, giving him an OBP of .500. His job is to get on base ahead of Albert, and he’s done the job well.

The Cardinals starters have four quality starts under their belts, with two coming from Chris Carpenter. Expected to be the ace of the staff, he’s given up just three earned runs in 13 innings so far and leads the staff with ten strikeouts. Jaime Garcia had a rough spring training, but rebounded in his first start and threw a complete game shutout on four hits. Fifth starter Kyle McClellan shut the Pirates down for five innings after giving up two in the first inning of his first major league start. Although Kyle Lohse had a rough sixth inning in his lone start thus far, he pitched seven overall strong innings, and his velocity appears to have rebounded after a rough last two years.

The only starter that has struggled mightily is Jake Westbrook, who was tagged for eight earned runs in his first outing. He did much better yesterday, coming within one out of earning a quality start. He cut his ERA down by more than six runs, and if he can get his sinker going effectively, he should be fine.

At 2-5, the Cardinals haven’t done much to quell the grumblings around town that this team would struggle. Still, it’s just a week into the season. Remember in 2004 that the Cardinals started off 22-23 before they found their stride and finished the season with 105 wins, the second-most in team history. Will that be repeated? Unlikely. But given the fact that none of the Central teams appears dominant so far, it’s not unreasonable that they can’t turn things around. The return of Holliday should hopefully provide a catalyst for the offense.

Word spread quickly about Manny Ramirez‘s retirement yesterday. He was suspended once for 50 games for testing positive for a banned substance, and he tested positive again in spring training. He was planning to appeal, but yesterday he decided to drop his appeal and instead announced he was retiring.

Ramirez was truly an offensive force in Cleveland, Boston, and half a season in Los Angeles. Love him or hate him, he was a consistent hitter and entertaining, to say the least. His defensive adventures were well-documented, often to the amusement of anyone who isn’t a Red Sox fan, but his Hall of Fame credentials appeared solid up until yesterday. With this second positive test, all the negatives surrounding him (his fielding, his presence as a distraction off the field) will come back to haunt him. 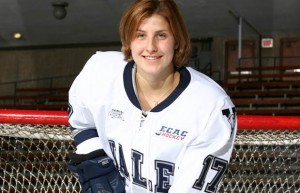 Finally, my sincerest condolences to the Schwartz family. This past week, Mandi Schwartz, a forward for the Yale women’s hockey team and older sister of top Blues prospect Jaden (the Blues top pick of 2010 played for Canada in the Junior World Championships and scored 17 goals and 47 points in just 30 games for Colorado College this year), died after a lengthy battle with leukemia. Her courageous struggle has been a story of inspiration, and she was by all accounts a terrific individual. She was only 23.

Schwartz became an outspoken advocate for the National Bone Marrow Donor program; one such match led to a transfusion for her, which extended her life. For more information on joining the registry, go to Be The Match.