Virtuosity and Variations: A Musical Journey with the St. Louis Symphony Orchestra 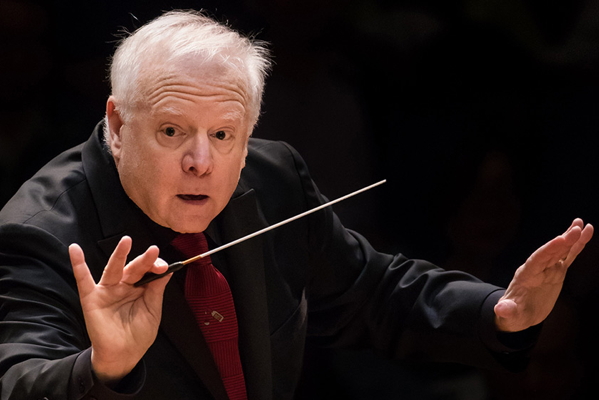 With live performances coming to a grinding halt, the St. Louis Symphony Orchestra found itself in the same precarious position and thousands of other arts organizations across the country as they sought ways to connect with audiences in a world filled with separation and isolation

The orchestra’s answer was to let the music be the guide. Crafting concerts virtually, they pivoted to an abbreviated series of concerts that lifted the spirits of their sequestered until the spring when things began to cautiously open up.

Then, as restrictions loosened, the SLSO meshed their virtual content with a return to live performances inside the acoustically perfect Powell Hall. Smaller and more intimate, these concerts adhered to local mask mandates with attendance capped at 100 people. Both the orchestra and its audience members are seated in socially distanced pods.

Despite all the rigmarole and travails of giving concerts during a pandemic, The St. Louis Symphony Orchestra has persevered, giving audiences glorious music at a time when it may be needed the most. This was especially true for their weekend program of April 23-25th.

For these concerts the SLSO presented a musical journey featuring three works from the 20th century, each conceptually different, yet linked by the commonality of variations.

The opening work, Benjamin Britten’s Variations on a Theme of Frank Bridge, op. 10 opens with great fanfare as the string section lead the orchestra into a musical odyssey that blends styles and tempos.

A composed tribute to Britten’s mentor, Frank Bridge, whose work is seldom heard outside of Britain, the piece paid musical homage to the composer’s wit, charm, humor, and energy. Highlighted by ten musical broad strokes, it captured Bridge’s personality through a delicate mixture of sweeping crescendos and unfettered bombast. Under Slatkin’s baton, the variations of style and form seamlessly came together for a nuanced presentation.

Maurice Ravel’s Tzigane came next. The shortest work presented, it was perhaps, the most prolific. Damaged and battered from his experiences in the Great War, 1924 found Ravel in a creative funk as he struggled to complete a promised sonata for piano and violin.

His luck changed however after he heard Hungarian violinist Jelly d’Aranyi play a series of Gypsy melodies. Immediately hooked, his creative drive was reawakened. Using the music of that night as a template, he birthed Tzigane, a work that plays coy with Liszt’s Hungarian Rhapsodies for a composition filled with bravado.

For this presentation of Ravel Maestro Slatkin put soloist Erin Schreiber at the forefront. Finding her inspiration from the composition’s Romani roots, she tore into Tzigane with an elegant ferocity. Resting comfortably alongside accompanying flutes, oboes and clarinets, her fiery and fragile solo was the best moment of the program.

The last work featured was by Argentinian composer Alberto Ginastera, who was known for capturing his country’s sounds, people, and places in his music. No stranger to Ginastera, Slatkin previously conducted performances of this work as assistant music director in the 1980s and again in the 1990s when he was music director of the St. Louis Symphony Orchestra.

Performed with exuberance, the layers of an energetic syncopation featured a delicately balanced cello melody that gently wrapped itself around a complimentary horn section before the cadence quickened. Working alongside a lavishly warm crescendo from the wind section, Slatkin wove the tapestry together, lifting the audience out of their quarantine doldrums and transporting them to Argentinian locales.

Alternating between the reflective, playful, and dramatic, the program’s theme of variation highlighted the St. Louis Symphony Orchestra’s virtuosity. For audiences unable to travel, the trip was a relaxing getaway.