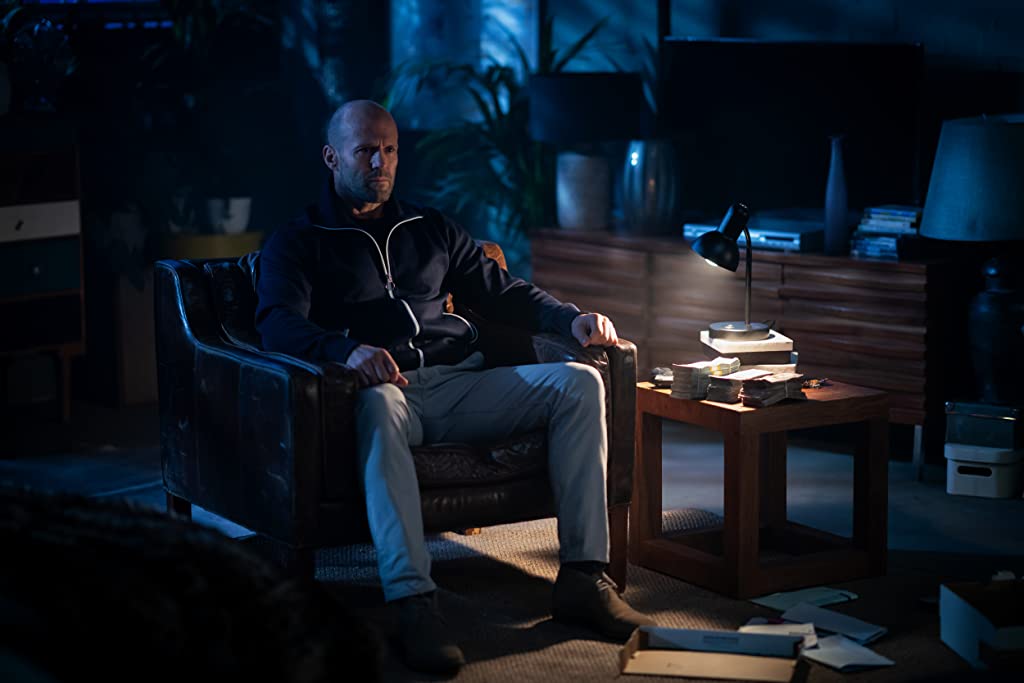 As cinemas are starting to reopen and welcome back movie-goers, and a hopeful slate of blockbusters on the calendar for the summer of 2021 look promising, I sure was excited to get back in front of the big screen for one of the finer releases starting of this summer season. Wrath of Man, directed by Guy Ritchie, makes its theatrical debut today. And, like most flicks directed by Ritchie, it didn’t disappoint. Starring Jason Statham, Holt McCallany, Josh Hartnett, Scott Eastwood, and Andy Garcia, the action thriller delivers two hours of nonstop action accompanied by an intricate storyline split into four parts.

We see the film following H (played by Statham,) a quiet and cold newbie working for a cash truck company responsible for moving millions of funds each day around the Los Angeles area. The first part of the film sees H integrate into his new environment, surrounded by an eccentric group of cocky men and women whom all have an oversharing complex, causing mystery and suspicion to arise about the quiet and stoic newcomer. With a string of armed robberies against the cash trucks putting everyone on edge, including one that left two couriers and a civilian dead, the arrival of a mysterious new guy raises alarms and even more questions among the movers and shakers. But, H seems to have an alternative motive within his new position, and nobody (I mean nobody,) is prepared for the wrath of man.

As the plot progresses, we learn that H is highly capable of handling most situations and has a connection to the sideways robbery that ended with three casualties. Splitting the story into four pieces was an absolutely genius move from the director, and while this film could be considered a generic Statham action flick following in the footsteps of the Liam Neeson effect (which isn’t a bad thing, Neeson is a staple in the action/thriller genre,) it was this type of storytelling that really set this film apart from the typical and disposable shoot-em-up action flicks. Guy Ritchie is known for his creative storytelling as well as his interesting representation when it comes to character development, much like previous successes Lock, Stock, and Two Smoking Barrels, The Gentleman, and Snatch.

With each of the four pieces of the story divulging a little bit more info than before, and offering new perspectives on each colorful character the audience meets, we see some ruthless and violent elements that cranks out some wide eyes and gaping mouths from audience members. (Remember the title of the film, because it does not tread lightly.) Building up to an action-packed finale with some oh-so-sweet moments delivered by Statham and company, I have to say, I’m definitely hyped for further releases this summer and am glad to be able to enjoy films on the big screen again. Ritchie and Statham together deliver a unique and clever take on the revenge thriller that while isn’t a new idea, is fresh and exciting enough to revive audiences from the cinematic rut they’ve been stuck in. While there is no word yet on the film coming to a streaming platform anytime soon, an option used by many distributors who have chosen to release films theatrically, the film is available wherever theaters are open. Remember to stay safe, enjoy the show, and welcome back to the movies as this season gears up for an exciting summer.

Wrath of Man earns a B.