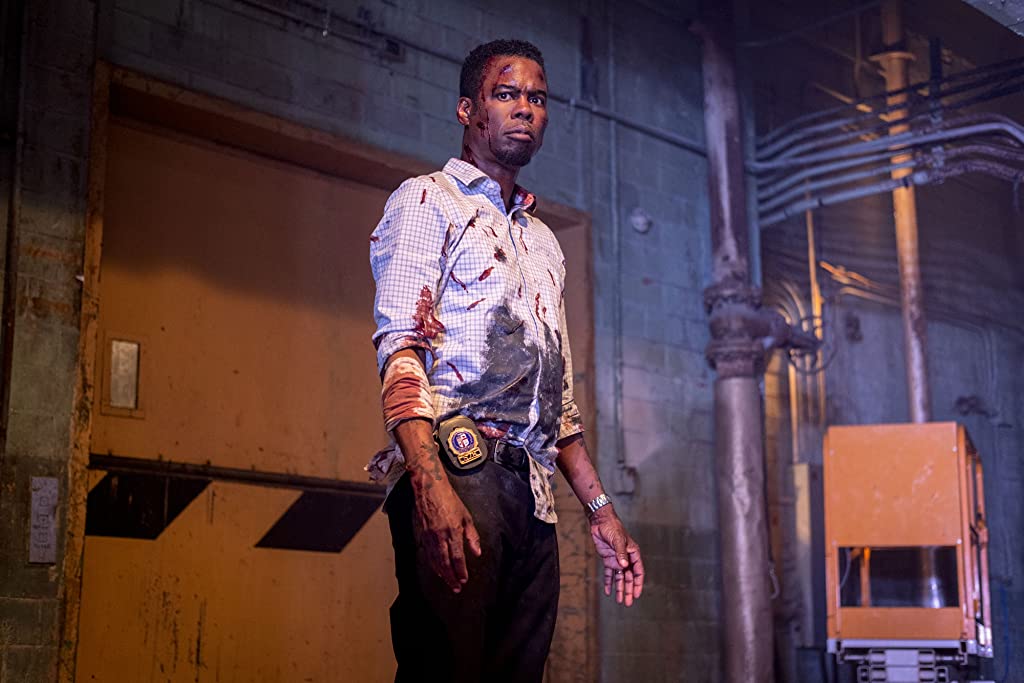 Rock plays Detective Zeke Banks, a smartass cop who will stop at nothing to solve a murder. Banks’ father, Marcus, is played by Jackson. Just a warning, Jackson isn’t in the film a whole lot, but fear not, he has enough time to utter his famous phrase ‘mother F’er’ more than a few times. Rock is good as the lead. It might be tough for some to get past his comedic roots, but he can play a serious role, as we saw him steal the show in New Jack City.

Banks is after a killer who is picking off members of the police force one-by-one. He, along with his rookie partner, played by Max Minghella must stop the killer before more officers meet their demise.

The plot is razor thin, like most Saw films, so don’t go into the film expecting much more than your basic who done it. The real reason folks enjoyed the Saw films was for the gory and original death scenes. If you’re a fan of the blood and guts, which I’m not, you will enjoy this film. We get a face melted off, a finger and tongue removed to go along with a good old-fashioned man vs train.

Spiral will likely breathe new life into a franchise that many thought was dead, but what’s the old phrase in Hollywood? Never say never.