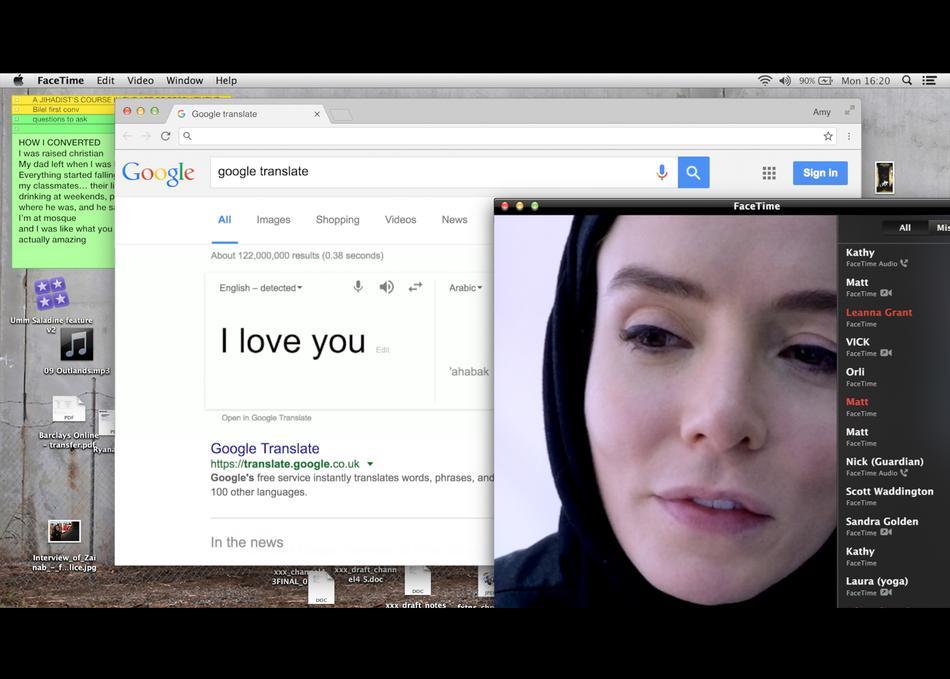 Among many major releases set to debut this week, one that didn’t seem to garner much attention and seemed to creep into theaters unnoticed is Timur Bekmambetov’s Profile. Bekmambetov, who served as a producer on similar films Unfriended and Searching, follows the format of Screenlife storytelling with his latest adaption inspired by the true story of Anna Erelle (an alias, meant for Erelle’s protection), author and journalist who published In The Skin of a Jihadist.

The film is completely told from the screen of a desktop computer, utilizing applications such as Facebook, various messenger applications, Skype, and a variety of other software. While this style isn’t new, it is still fresh, and if done correctly, can really create a fantastic motion picture using the familiar mediums we, as audience members, use regularly (Think of it as the found footage genre for the digital age).

The story follows Amy, played by Valene Kane, a European journalist who creates a fake Facebook profile in the hopes of developing a story on young European women who are solicited and recruited through social media from the Islamic State and into extremist militant groups, specifically ISIS. It doesn’t take long before she is contacted by a man who calls himself Bilel, played by Shazad Latif, the hunter searching for young women online who have recently converted to an Islamic system of beliefs. A relationship forms between the two while Amy poses as a young convert named Melody. To him, she’s the prey. To her, he’s the story. With assistance from her Editor, friend, partner, and an incredible IT department (played by a supporting cast of Christine Adams, Morgan Watkins, Emma Cater, and Amir Rahimzadeh), Amy has all the tools at her disposal to record her Skype calls and desktop activity with Bilel to develop the story.

As I’m sure part of this narrative is to show the dangers and dark parts of the internet and social media while also serving as a cautionary tale, the plot has so many mechanics and the story is truly driven by the performances and incredible structure. From beginning to end, a pit seemed to form in my stomach and I didn’t fully feel at ease even when the credits rolled. Is this because this specific content is derived from a true story, or many true stories, that saw young individuals fall prey to charming and charismatic predators online? Possibly. However, there is just so much more driving this film that I felt all the moving pieces and parts worked together to create an uncomfortable experience (as it should be, this movie isn’t intended to let you relax). As we follow Amy’s journey into the world Bilel has invited her to be apart of, we see how truly charismatic and dangerous violent and extremist recruitment programs can be. We watch in fear as our main character questions her own validity, her own morality, and her own judgement.

While the flick didn’t seem to deliver the same type of hair-raising twists and turns that we saw with the acclaimed 2018’s Searching, which seems to be the most comparable film cut from this cloth, that doesn’t mean the story doesn’t stop your stomach from churning as you grip the edge of your seat and sweat until the very end. The performances were absolutely incredible, and the story was so captivating, I found myself ordering Erelle’s published account of the events. Profile serves to be one of the those flicks that even hours after the credits roll, you still can’t stop pondering its content in the back of your mind. It’s a fresh and necessary thriller, and while I think the publicity could have been amped a bit more, it will definitely make a splash. The film is playing exclusively in theaters now.