Tracking Apple, Google, and our Government 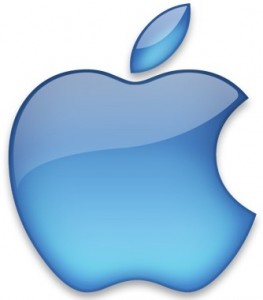 Pandemonium! Your phone is tracking your location! Where’s my foil hat?! I demand justice! The Senate held hearings yesterday regarding privacy laws in the technology sector and invited a couple of the major players along for the ride.

Privacy has a critical role in the future of mobile technology. Sharing information to the internet can be as anonymous as you would like, but there are still ways to track the data back to you. However, not everyone has access to your ISP’s records or your computer (short of breaking the law). An IP address can lead them to your neighborhood, but not easily point out your house. That is, unless your smartphone rats you out.

Smartphones are the most powerful device on the planet. Your smartphone is a desktop computer, digital camera, telephone, and GPS unit all wrapped up into one snazzy product. A desktop computer can show you how to get somewhere, but once you leave the house, you are on your own. A digital camera can save your greatest memories, but your own memory can fail you when trying to remember where that-one-place was with that great burger or beautiful view of the city. A landline phone can call and make a reservation, but your smartphone can show you reviews of a restaurant, browse the menu, see if a table is open, and reserve it. Mobility and communication are what make the smartphone smart!

Now, I’m not one to talk politics. We won’t go into the comparison of Apple vs Google in a way that mimics Democrat vs Republican or Big Gov’t vs Little Gov’t. The bigger issue here is not privacy, although it is definitely worth examining. The real issue is security. Breach of privacy is a security problem. The fact that you track me might be bad, but leaking that information around is definitely worse.

I applaud Apple for what they do with their ecosystem: closed off to the bad guys and regulated to all hell. This provides a great sense of security and trust that your privacy has been safeguarded. Too bad Apple messed that up. Their argument has marketing spin written all over it. Let’s examine Apple’s side:

“Apple is not tracking the location of your iPhone. Apple has never done so and has no plans to ever do so.“

Awesome, but my iPhone knows every Wifi hotspot within reach of me… and remembers back to when I first powered it on. Oh, and there’s an app for that! So technically Apple is correct, the phone is not tracking you, just everything you’ve been around since Day 1 of ownership.

I think Apple has the better hand here. They control every app that gets installed on their product and constantly monitor their apps for malicious exploits. They are proactively fighting this and have a software fix on the way. Problem solved for Apple. Google won’t have it that easy.

Android’s nature is to be “open.” Developers do what they want to do without any supervision. Sounds scary, don’t it? I find that driving my car is scary, too. I find that trusting the people at Taco Bell to not poison my Chalupa is scary in a way. I find myself wondering if someone will rob my house while I’m out if I check-in somewhere on Facebook. But I still freely drive my car up to the Taco Bell drive-thru window and tell Facebook that I’m “gettin’ my fourthmeal on.”

If I get into a car accident, I’m not going to blame Honda for not regulating my speed or blocking my car from entering bad neighborhoods. If I suffer a heart attack from Chalupa-overload, I might blame Taco Bell out of anger but I sadly don’t have a case against them. If someone robs my house while I’m enjoying my chai latte at Starbucks, I can’t blame Facebook for leaking intelligence. I am my own keeper. There are risks in this world, and I have accepted them by leaving my house, hopping in my car, and paying someone else to cook my food.

Google is not the “gatekeeper” of their Android Market. Android is merely a platform for creation. Being “open source” leaves all responsibilities up to the community of users and developers that utilize the platform. Google is active only in removing malicious apps. It may be time for them to step up their involvement for the sake of the future of Android.