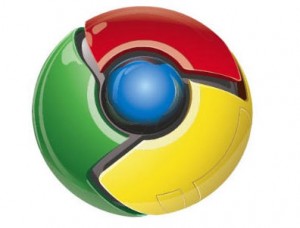 Day 1 was a beast, Day 2 is no different. Today it’s all about Chrome, and not just the extremely fast browser. Chrome OS gets the most exposure to date at this morning’s keynote! Google is releasing their final product on June 15th and extending their reach worldwide to six countries outside of the United States.

Chrome OS first made an appearance to consumers in the form of a pilot program that sent out free CR-48 laptops pre-loaded with Google’s operating system. Today’s keynote revealed that both Samsung ($429 wifi, $499 with 3G) and Acer ($349 with 3G) will be producing the new “Chromebooks.” Here are the specs for the Samsung:

The Acer Chromebook will be sport an 11.6″ display. Samsung will also be releasing a compact desktop computer in the future for those that want their Chrome OS with a little less mobility. Businesses will have the option of renting a Chromebook for a monthly $28 per user (all-inclusive: hardware, software, and services). Students get an even better deal at just $20 per month for the same package.

The Chrome OS is what really makes the hardware attractive: 8 second boot, instant on, always connected to the web. But how about the software? The Chrome Web Browser gets some revamping with better GPU utilization (Angry Birds! On your monitor!), 3D interactive music videos, and the Chrome Web Store is now available worldwide. Chrome OS, being an extension of Chrome the Browser, was showcased as being integrated heavily with the web. All your documents, pictures, emails, settings, bookmarks, movies, and music exist in the cloud. Lose your Chromebook? Your files are safe. Once you log in to your new Chromebook, everything is right there!

Staying true to their “open source” roots, Google has enabled “full jailbreaking mode built in.” Also staying true to the spirit of Google I/O, they are giving all 5,000 attendees a Chromebook in June. Again, who’s coming with me next year?!?!?