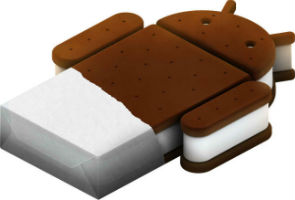 Google I/O 2011 brought great news for Android fans, Chrome fans, and fans of free stuff. One of the biggest announcements was not even formally announced: Joe Britt and Matt Hershenson have joined Google to head their recently formed hardware division.

The significance here comes when you examine their resumes: Joe and Matt were one of three gentlemen that co-founded the company Danger, Inc. The other co-founder? Andy Rubin, current Senior Vice President of Mobile at Google. Andy left Danger in 2003 to create Android, which Google bought just two years later. The Danger link doesn’t stop there: Matias Duarte, current Director of the Android User Experience, used to work as Danger’s Director of Design. Between the four of them, they have held positions with a mix of their competitors: Apple, WebTV, and Palm webOS.

Danger is best known for having created one of the most popular smartphones of its time, the T-Mobile Sidekick. The first Sidekick was released in 2002, roughly 5 years before the first iPhone hit the smartphone scene. The Sidekick featured a proprietary OS based on Java. Danger even released an SDK for developers to create third-party apps. While the iPhone completely woke up the mobile industry, some could argue that it was the Sidekick that paved the way for a lot of modern handsets such as the Motorola Droid, one of Android’s bestselling phones of all time, as well as Google’s first smartphone, the T-Mobile G1, which also sported a QWERTY keyboard.

Interestingly enough, the first Sidekick featuring the Android OS was released just last month. Seems like perfect timing for the Danger Crew. Microsoft acquired Danger in 2008, only to announce almost exactly 3 years later that they would be ending Danger’s cloud service at the end of May 2011. Was this new Android Sidekick a warm-up for something greater?

One could say we’re Dangerously close to a 100% Google made smartphone.