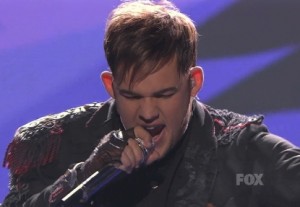 The Results Show featured performances by Lady Gaga, Enrique Iglesias, and Season 6 winner Jordin Sparks. I really didn’t care for any of the performances and I am still in shock that Sparks ever won this competition.

This week Seacrest through a curve ball when he announced that this was going to be a Top Three and not a Bottom Three. He immediately announces that Lauren Alaina is the first in the Top Three. I didn’t like hearing that because if you remember last night I said that I felt Lauren should be going home because of her “generic Country voice”.

After a few performances, Seacrest comes back out and gives a speech about how everyone was hoping for an all male final and how that’s not going to happen because Haley is in the Top Three. God how I loved hearing those words come out of Ryan’s mouth, and I could see the look of disappointment on the judges, well two of the judges, faces when she was sent to safety.

Narrowing it down to Scotty and James, who if you remember I predicted were going to face off in the finale, but that is definitely not happening now. Now last night Seacrest did reference that Chris Daughtry was voted out at this stage of the competition and then I through this out there.

“James may be in trouble because America may just assume he is “Safe” and just fail to vote, and plus I didn’t think his performances were as good as they have been in the past.”

And sure enough when they come back from a commercial Ryan announces that Scotty is the final member of the Top Three and James Durbin has been eliminated from the competition. James had one of the best voices that I think the show has ever seen, by far one of the best this season, and it’s a travesty that he was eliminated this soon or even at all. I did map out a few scenarios for of what could happen if this happened last night though:

“If James gets voted out: 1) The competition gets a lot more heated and close 2) Haley doesn’t stand a chance against the “Country” voters or 3) The “Country” vote gets split between Lauren and Scotty, and Haley makes the final against one of the “Country” contestants.”

Now I really think that Haley is set for the finale because I think the “Country” vote will be split between Lauren and Scotty, and judging by their last couple of performances I have a strange feeling that we may get the ever so rare all female finale…last seen in Season Three with Fantasia and Diana DeGarmo…and yes I know I referenced that last night as well. I really don’t want to see Scotty move on to the final because I just don’t want to see this potential “Country Megastar” with an undeveloped voice win this competition. I would much rather see if the voters can out do the Country vote and get Haley…the one good voice left, the prize of American Idol Season Ten Winner!!!

That’s right I am calling that right now. I hope that doesn’t curse Haley like someone did to James last night….Ryan! 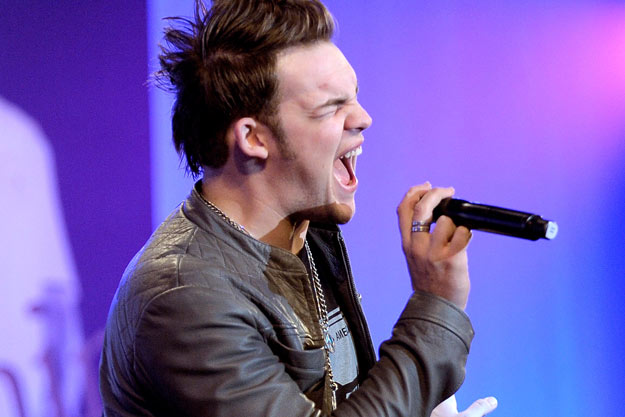