As I sat clicking through different movie sites on the Internet, I read the news that there is a remake of one of my favorite films of all-time, Flatliners, in the works.  The 1990 film was one of the freakiest movies I had seen growing up, not because of blood and gore, but because of the simple fact that I could picture this actually happening. The movie, directed by Joel Silver, had a realistic feel to it and it touched upon a question that many of us have; just what is on the other side once you die? The film, which starred Kieffer Sutherland, Kevin Bacon, and Julia Roberts, is considered by many to be a cult classic. So, why remake a movie that is only 23 years old? The simple answer is Hollywood has run out of original ideas, which leads me to my top 10 list of unnecessary remakes. 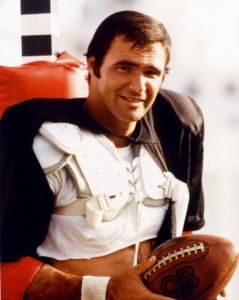 The 1974 film starring Burt Reynolds is still a classic. The original had toughness to it. It was gritty and portrayed football and prison life for what it is, brutally violent. The 2005 remake took that premise and crapped all over it. Adam Sandler, who in my mind has made some of the most worthless and stupidest films, takes the Paul Crewe character made famous by Reynolds and kills everything that was likeable about him in the original. To make matters worse, Reynolds shows up in the film. Football fans get nothing out of this piece of trash either. The only likeable part for me in the film is the addition of wrestlers Stone Cold Steve Austin, Kevin Nash, and Bill Goldberg.

The 1960 Alfred Hitchcock classic was remade, shot-for-shot, in color by Gus Van Sant. Van Sant also added color to the film. While the 1960 version is widely considered one of the greatest horror films ever made, Vince Vaughn takes over as Norman Bates, a role made famous by Anthony Perkins. There was no reason to even see the 1998 remake. The actors in it, Vaughn, Julianne Moore, and Ann Heche, seem to just copy the actions of the actors from the original. Van Sant, who gained notoriety for his direction of Good Will Hunting, really stunk it up with this film. He really hasn’t made a decent film since.

While I liked the remake, it was unnecessary.  I’m starting to lose a lot of respect for Will Smith. It almost seems like he wants his entire family to control Hollywood, as he pimps out his son and now daughter to the entertainment industry. The 1984 film, starring Pat Morita and Ralph Macchio, spawned three sequels, the last of which was one of the worst sequels ever made. Many forget that it starred Hilary Swank. Fans of the original can quote many lines from the film. In the 2010 remake there was no “Send him home in a body bag,” only images of teen bullying and an attempt at dramatic acting by Jackie Chan. The updated version was a hit, but mainly with younger audiences, who probably haven’t seen the original. 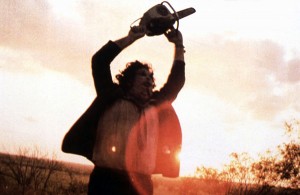 Michael Bay, I freakin’ loathe you. You are the antichrist as far as I’m concerned. The original ‘Massacre’ is without a doubt, one of the creepiest films I’ve ever seen. Tobe Hooper’s original has an authentic and downright terrifying look to it. That’s probably because he used real bones to give the film a realistic look. Fast forward to 2003 and we get Jessica Biel flaunting her goods as she is chased through water, rain, freezers, and just about anything else imaginable. The only saving grace to the remake was R. Lee Ermey’s performance. It was like the drill sergeant from Full Metal Jacket was brought back to life. Unfortunately, the remake was a money maker, spawning a prequel and a ton of other Hollywood horror remakes.