So any Top 10 list you’re likely to find on the internet will rattle off the classics in no particular order and probably won’t tell you anything you don’t already know. Sure The Exorcist or The Shining is probably going be listed as the best horror movie of all time and When Harry Met Sally or Pretty Woman is probably going to top the list of best romantic comedies, but I would guess you’ve already seen those movies and I would also guess that you really don’t need me to tell you that they’re good. So unless you want another list to validate what I’m sure you already know then you’re probably better off with…The Next 10.

In honor of Halloween, it seemed only fitting that the first Next 10 genre would be Horror Movies. So without further ado, here they are:

While not necessarily the scariest movie on the list, it certainly has the most Halloween feel. A tribute to earlier “Creepshow” style anthologies, Trick ‘R Treat manages to capture the magic of the holiday. Starring the criminally underrated Dylan Baker, four interwoven stories describe how following the traditions of Halloween night might just save your life. 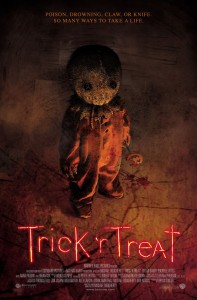 This stroll down memory lane is ripe with “campy” 80’s fun and hilarious over-acting, but the ending is a thing of horror shock beauty, if you haven’t seen this, do yourself a favor and see what I would consider one of the best Halloween party movies. 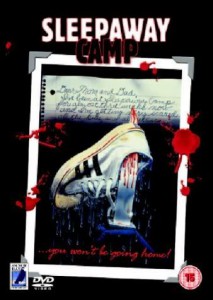 A great film that was really left undiscovered by most audiences, The Descent does what few other movies can do; it manages to weave edge-of-your-seat-tension with authentically frightening scares. I don’t find myself using the phrase “girl-power” very often, but if anything described what I would consider true “girl-power”, this would be it. These women kick ass and take names in this survival horror gem. 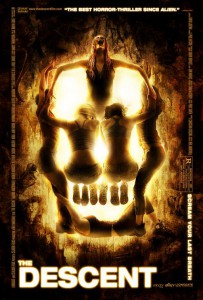 The Strangers is a perfect example of slow burn horror done well. Sure it has a few cheap “boo” moments, but as a whole it hits the nail on the head and provides a great claustrophobic sense of dread. Also if your single and looking for a great excuse the snuggle up to that certain someone at your friends Halloween party, this movie would be the perfect start. 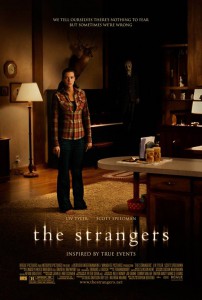 The oldest movie on this list by far, but also probably the most unsettling, Freaks comes from a time when the exploitation of actual “freaks” was seen as a perfectly legitimate basis for a film. What makes this film stand out is how it takes the common horror device of disfigurement and completely turns it on its misshapen head. For a film made in 1932, it still feels extremely relevant and is just as “watchable” as anything made in the past 30 years.

Very rarely is a remake as good as the original, but Quarantine (a remake of the Spanish film REC) is just that. Both tell the story of a reporter who follows a local firehouse crew into an apartment complex to investigate a call. Think 28 Days Later meets Cloverfield and the result is by far one of the most (winces) “realistic” zombie/infection movies of recent days. 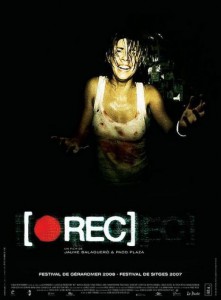 Surprisingly the only J-Horror film on the list, Audition is a film that builds its suspense from the first few minutes until it’s finally released in what is one of the most disturbingly painful endings in quite some time. 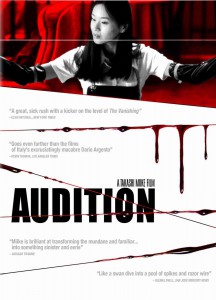 The first feature film by the now very successful Eli Roth shows his affinity for the horror genre in a way that only Sam Raimi could have done before. Roth’s ability to weave true frights with incredible comedy is something that hasn’t been seen since the Evil Dead franchise. Do yourself a favor and watch Cabin Fever. 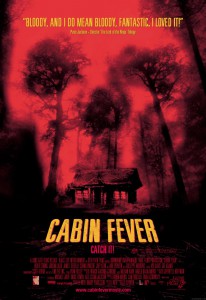 How do you begin to describe a film like Oldboy? I guess you’d start by talking about how it’s a South Korean horror movie that moves with a pace as unrelenting as its story. Then you might add something about the kick ass action scenes and cinematography, and you’d probably finish by talking about the how all the actors portray their characters in a painfully sympathetic way…and that’s all with subtitles. (Tip: Friends don’t let friends listen to dubbed tracks.) I guess that’s how you begin to describe a film like Oldboy. 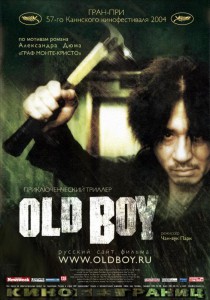 Believe it or not the writer/director of The Hills Have Eyes remake is honored with the number one spot on this list. High Tension is about as visceral as you can get and “tension” truly is the driving force behind this film…which pays off in a big, big way. These two words – “barbed wire” will show you how kick ass that aforementioned “girl power” can be. Sure it might seem like another pretentious foreign horror pick, but until you see this stylish, taut, sexy and disturbing film, you’ll be like Will Smith’s parents…you just won’t understand. 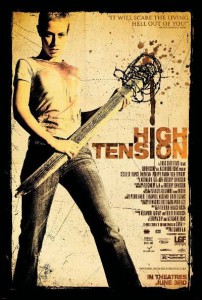