With Halloween rapidly approaching, it seemed to be a good time to take a look back at some of those movies that fill us with that Halloween spirit. Let us know what you think in the comments section below. 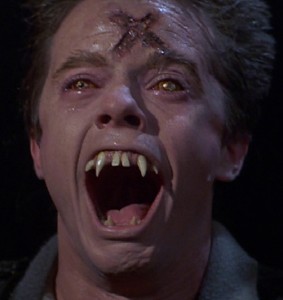 Recently remade with Anton Yelchin and Colin Farrell, the original Fright Night is a horror/camp dream. The undeniable 80’s vibe gives Fright Night a sense of nostalgia that works so well on Halloween. It’s weakest point is the dreadful Evil Ed character, but even that isn’t enough to keep it off the list. Fright Night is a great movie to watch with friends or alone on a dark and stormy night. 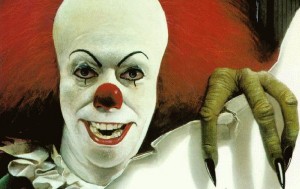 Many say that It did for clowns what Jaws did for swimming. While technically a mini-series, It is the type of film that brings adults back to their childhood and children to tears. The makeup and Tim Curry’s unforgettable performance as Pennywise the Clown are the film’s strongest points. If you have 3 hours to kill on a dark and gloomy night, check It out. 11.) The Nightmare Before Christmas 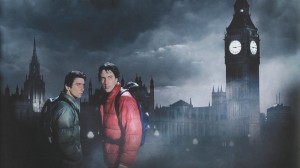 10.) An American Werewolf in London

A classic in its own right, An American Werewolf in London is one of the few films on this list that works as well as a legitimate horror film as it does a comedy. When this film was released in 1981, Director John Landis had just come off of The Blues Brothers and Animal House. An American Werewolf in London solidified him as prodigy in the early 80’s.

With a cast that includes Bill Murray, Dan Aykroyd, Harold Ramis and Rick Moranis, how can you go wrong? Add Ivan Reitman as a director and its gold. The quick, witty dialogue is still quoted today and I challenge anyone to find a Halloween party that doesn’t play the Ghostbuters theme at some point in time. The dramatic elements fall a little flat but that’s not why we’re watching this movie.

Rocky Horror tends to be a film that’s either loved or hated. I love it. While not necessarily a “horror” movie, The Rocky Horror Picture Show makes up for in camp what it lacks in scares. The subject material and setting lend it a gothic feel and the music takes care of the fun. 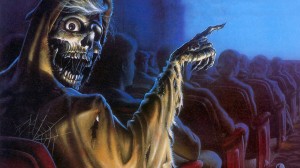 One of the original “horror comedy anthologies”, Creepshow is brought to us by two of the masters of horror: George Romero and Stephen King. Based on the 1950’s E.C. Comics, Creepshow combines five separate stories into one film. Equally scary and wacky, Creepshow deserves a spot on this list based on pedigree alone 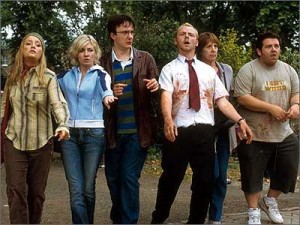 With the recent release of The World’s End, Shaun of the Dead has been brought back to the surface – and deservedly so. What is likely one of the best horror-comedies ever, Shaun of the Dead not only works as spoof of zombie movies, but also works as an entry into the genre itself. Shaun of the Dead is equally effective as a comedy and as a horror movie, but to manage both is truly a remarkable feat. 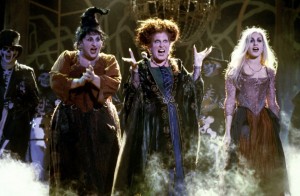 One of two decidedly children’s movies on this list, Hocus Pocus pulls a double whammy on two virtually impossible tasks. It holds up not only as a 20 year Halloween movie, but as a children’s movie to boot. Sure, Bette Midler isn’t the first name that comes to mind when listing scream queens (nor is Sarah Jessica Parker or Kathy Najimi for that matter), however their ability to bring laughs and menace in a surprisingly competent kids movie make it a perennial favorite. A modern classic, Trick ‘R Treat follows in the footsteps of comedy-horror anthologies like Creepshow. Written and directed by X2’s Michael Dougherty, Trick ‘R Treat combines everything this list represents. A fun, scary film that takes itself just seriously enough…and if that weren’t enough, its set on Halloween. Look out for fantastic performances by Brian Cox, Anna Paquin and especially Dylan Baker. 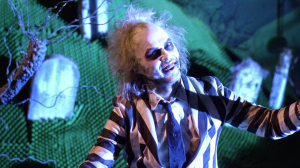 While Tim Burton was still a relevant director he had almost unlimited potential. His film Beetlejuice is proof. Working with an original script (the likes of which would not be possible in today’s film environment) Burton was able to create characters and a world that are still revered 25 years later. Michael Keaton’s performance as Betelgeuse strikes an uncompromising blend of humor, intensity and vulnerability that makes this a film to remember. 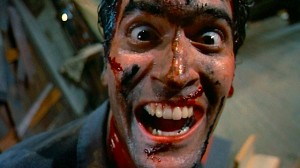 While more serious than its sequels, the original The Evil Dead maintains what is quite possibly the perfect balance between a legitimate horror film and a comedy. It has comedic elements, but never takes them so far as to detract from the purpose of the film. Writer/Director Sam Raimi has gone on to do great things, but his first is perhaps his best. While technically flawed, the whole package is hard to argue with when trying to get in the Halloween spirit. 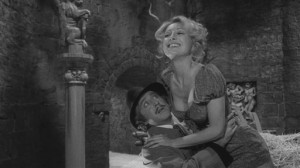 What is most likely Mel Brooks’ most refined film, Young Frankenstein takes the cake in terms of fun and gothic mood. Its legendary cast includes Gene Wilder, Madeline Kahn, Marty Feldman and Peter Boyle. Brooks’ ability to secure the same props as Universal’s original ‘Frankenstein’ adds even more weight to the atmosphere of this near perfect film. The infinitely quotable lines solidify Young Frankenstein’s place at Number One.