‘Tom Clancy’s: The Division’ is the setting for Ubisoft’s New Snowdrop engine 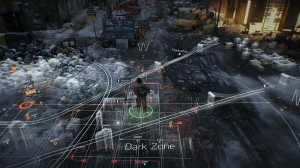 Ubisoft took the VGX award show as its chance to showcase a technology demo for its new Snowdrop engine, which is powering Ubisoft’s next-gen title, Tom Clancy’s: The Division.

The demo showcases some of the sweet things we’ll see which are only possible on a PC or next-gen hardware. Things like dynamic weather, volumetric lighting and procedural destruction litter the trailer in the form of delicious eye candy.

The Division was revealed during the 2013 E3 show and the footage claimed to be all in-game. As someone who’s watched many E3s, it’s easy to get overly excited only to be let down once a pretty game finally releases. The Division seems to live up to its fantastic E3 showing. It’s truly one of the titles where we’ll see a big improvement in graphical fidelity out of the new generation of consoles.