Tim’s Take On the Ending of “Shutter Island” (Spoilers) 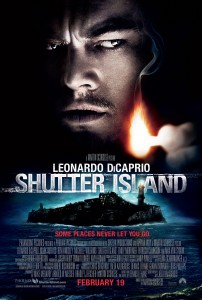 I am just going to be upfront and say that this article will be discussing the end of Shutter Island. If you have not seen the film then stop reading now unless you don’t care about knowing how the film ends.

I recently read an article on one of my favorite movie websites about the film Shutter Island and how it is the “black sheep” of both Scorsese’s and DiCaprio’s career. I understand where he is coming from and his complaints, but I respectfully disagree. Shutter Island is currently in my top five favorite films of the year and is an incredibly faithful adaptation (aside from the last line of the film which changes quite a bit).

But this article is not about the fact that I liked the film and someone else didn’t. At the end of the article I scrolled down to look at the comments people had left. While some were in agreement with me in loving the movie, most did not. And most of these individuals who did not like the film all more or less said the same thing: “It was predictable.” “I knew the twist ending as soon as I saw the trailer.” This is where my frustration lies.

I have heard many people not liking this film for these exact reasons, and I just have to say, I don’t believe you. First, I think the trailer for Shutter Island is fantastic. And at first glance it would seem like a lot of the movie is revealed. I would agree with anyone that they believed, after seeing the trailer, that the twist of the film is that DiCaprio’s character is actually crazy. That seems pretty evident. But that is not the twist of the film.

Unless I watched something different from those that didn’t like it, the twist of the film is that Mr. DiCaprio’s character is not only insane, but has been a resident of the facility for several years and the warden (played wonderfully by Ben Kingsley) is on his last straw to try to bring Mr. DiCaprio out of his insanity. So the warden crafts this giant game/puzzle for Mr. DiCaprio to act out to show that he really is insane.

Now did those of you who thought that the film was predictable really guess all of that out of the trailer. I highly doubt it. I don’t mind people not liking the film. Everyone has their own opinion, but please stop telling everyone that you are so smart that you figured out the whole film before you saw it. Because the twist is not that he is crazy. It is way more than that