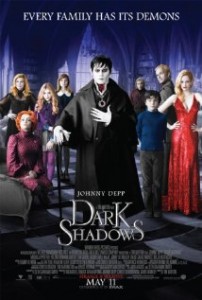 Synopsis: A gothic-horror tale centering on the life of vampire Barnabas Collins and his run-ins with various monsters, witches, werewolves and ghosts. Based on the cult TV series.

My Take:  I am a Tim Burton and Johnny Depp fan as are many people around the world.  That alone will be a reason that this makes a ton of money.  That being said, I think the trailer looks okay.  Until recently, I don’t think a lot of people would have guessed that this would end up being a comedy that it is.  The fish out of water story is not exactly new ground to cover.  Hopefully most of the jokes will not rely on this gimmick too much.  I like the look of the costumes and sets.  There is just something about it that rubs me the wrong way, and I can’t quite place my finger on it yet.