This Weekend in Box Office History – “Season of the Witch”, “Country Strong” 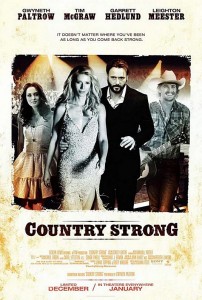 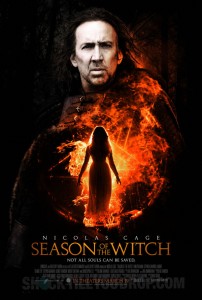 This week only gets two wide releases in Country Strong and Season of the Witch.  Can Nicholas Cage overcome the singing of Gwyneth Paltrow?  My money is on Country Strong blowing it out of the water, but I have been wrong before.  The real question I present you with today is if this weekend will mirror this same weekend in box office history?

I’m gonna say no.  The year was 2000, and audiences were not given any wide releases to see.  This is a good explanation in why the box office numbers are so low for that year.  The top three films for the weekend January 7-9 2000 were Stuart Little, The Green Mile, and The Talented Mr. Ripley.  Each film made $11 million, $9 million, and $9 million respectively.  I have only seen Stuart Little out of these three which I actually remember absolutely nothing about.  I have heard good things about the other two.  Which one is better?

Soon after a rising young singer-songwriter gets involved with a fallen, emotionally unstable country star, the pair embarks on a career resurrection tour helmed by her husband/manager and featuring a beauty-queen-turned-singer. Between concerts, romantic entanglements and old demons threaten to derail them all.

Season of the Witch Synopsis:

A medieval knight undertakes a mission pitting him against a devious witch and making him the last hope for the world against an ancient and dark force. His faith broken by years of battle as a crusader, Behmen returns to central Europe to find his homeland decimated by the Black Plague. While searching for food and supplies at the Palace at Marburg, Behmen and his trusted companion, Felson are apprehended and ordered by the dying Cardinal to deliver a young peasant girl – believed to be the witch responsible for the Plague – to a remote abbey where her powers can be destroyed. Behmen agrees to the assignment but only if the peasant girl is granted a fair trial. As he and five others set off on this dangerous journey, they realize with mounting dread that the cunning girl is no ordinary human, and that their mission will pit them against an evil that even in these dark times they never could have imagined.

What film do you think will come in number one?  Let us know what you think in the comments below.