Theatre Review: The Office! A Musical Parody at The Grandel 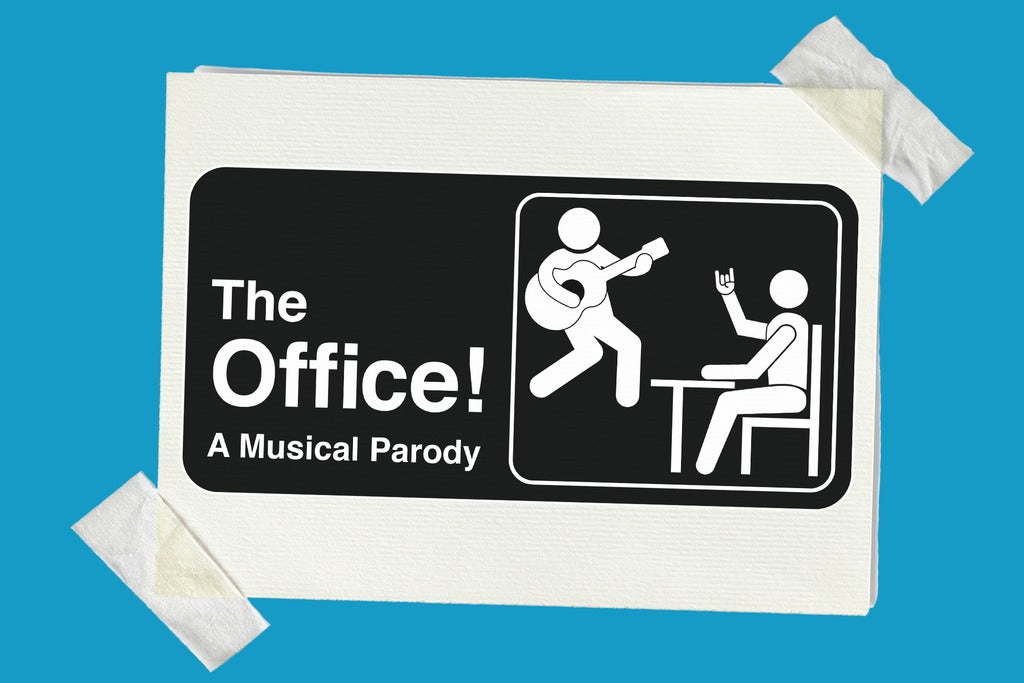 Beets. Bears. Battlestar Galactica. That’s right, The Office! A Musical Parody is bringing your Scranton favorites to the stage on a National Tour. The show is helmed from the creative minds that also brought you the parody spoof musicals inspired by other television favorites such as Friends, Full House, Saved by the Bell, and Beverly Hills 90210. Bob and Tobly McSmith, who penned the script for the show, are excited about their third national tour and expect this to be the most successful show to date.

With original music composed by Assaf Gleizner, and produced by Right Angle Entertainment, the formula to please every fan of The Office was poured out onto the stage to provide the audience with all the famous one-liners, quirky characters and “that’s what she said” jokes they can imagine.

With a run-time of about two hours, including a short intermission, it’s quite impressive to see that 9 seasons of a television series was packed into such a short time span, while still managing to hit so many important plot points and jokes. With that being said, it’s a fair statement that this show was created for fans of The Office by fans of The Office. The writing and the characters create a show that exists like an inside joke among fans from the writers, performers, and audience members alike. 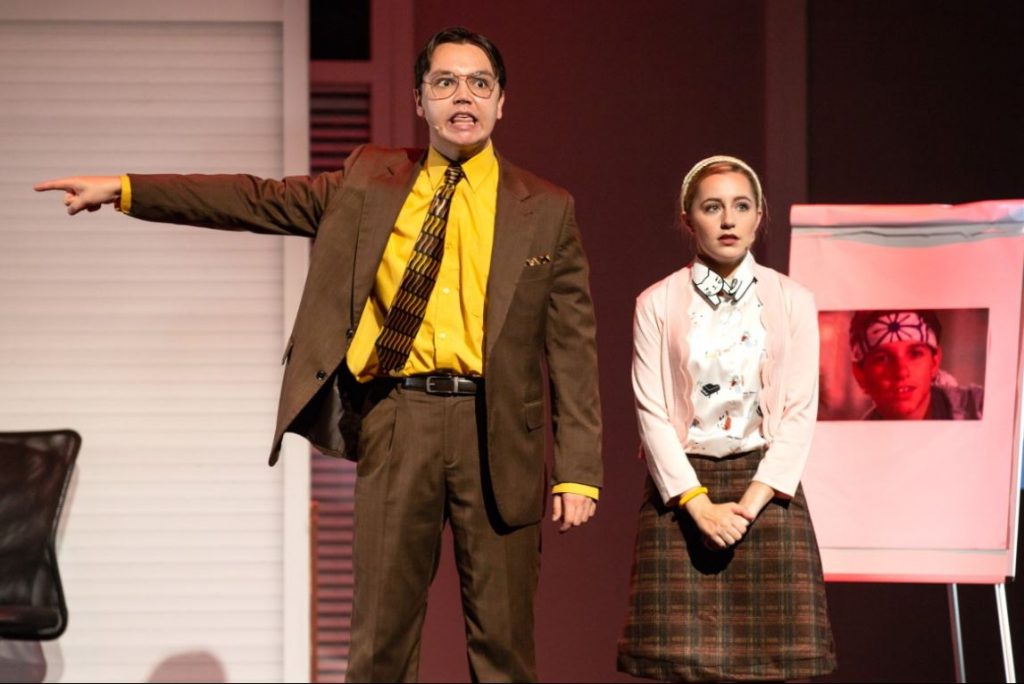 Christian Fary as Dwight and Gabrielle Filloux as Angela.

We get to see our favorite cast return in a new and different way, with a purposeful spoof and self-mocking performance that hits right in the gut for some out-loud laughter. The touring cast consists of ten individuals. Any fan of the show knows that ten cast members don’t even hit close to the roster of characters from the beloved storyline. So, the logical solution? The cast portrayed multiple characters – and hysterically so. With the exception of Emma Brock who embodied the goofy and inappropriate-yet-loveable Michael Scott, most of the performers doubled down on their portrayals, even some playing three or four characters throughout the show’s allotted time.

The comedic element of this was that many of the characters weren’t allowed to be on the stage at the same time. For example, Kevin was never present when Meredith was; Jim was never on stage when Andy was, and Pam and Erin sure didn’t cross paths. (Patrick Constant and Madeline Glenn Thomas were absolutely fantastic as their titular roles of the fan-favorite couple Jim and Pam.) In fact, the entire cast was incredible, really embodying each individual character from the show with distinct portrayals that would make any fan smile.

From all of the famous one-liners to the eclectic collection of bits and story arcs, The Office! A Musical Parody was just a fun show. The songs were hilarious, and there was such an enjoyable vibe of nostalgia, getting to revisit Dunder Mifflin in a way that hasn’t been done before. For any fan, I highly recommend checking out the performance, as I’m sure it will leave you laughing, satisfied, and scratching that itch ever since the series ended in 2013.

The show is currently being held at The Grandel Theater in St. Louis, running from March 4th through the 8th. The venue is a perfect fit for the show, as it’s small enough to provide an intimate setting but still able to accompany a decent number of audience members. Saturday, March 7th, there will be a matinee as well as an evening performance, with the final performance ending out the show’s time in STL with a matinee on Sunday, March 8th. Tickets can be purchased through Metrotix, and further information can be found at www.theofficemusicalparody.com I highly recommend checking out the show this weekend if given the chance – any fan of The Office is bound to have a wonderful time. 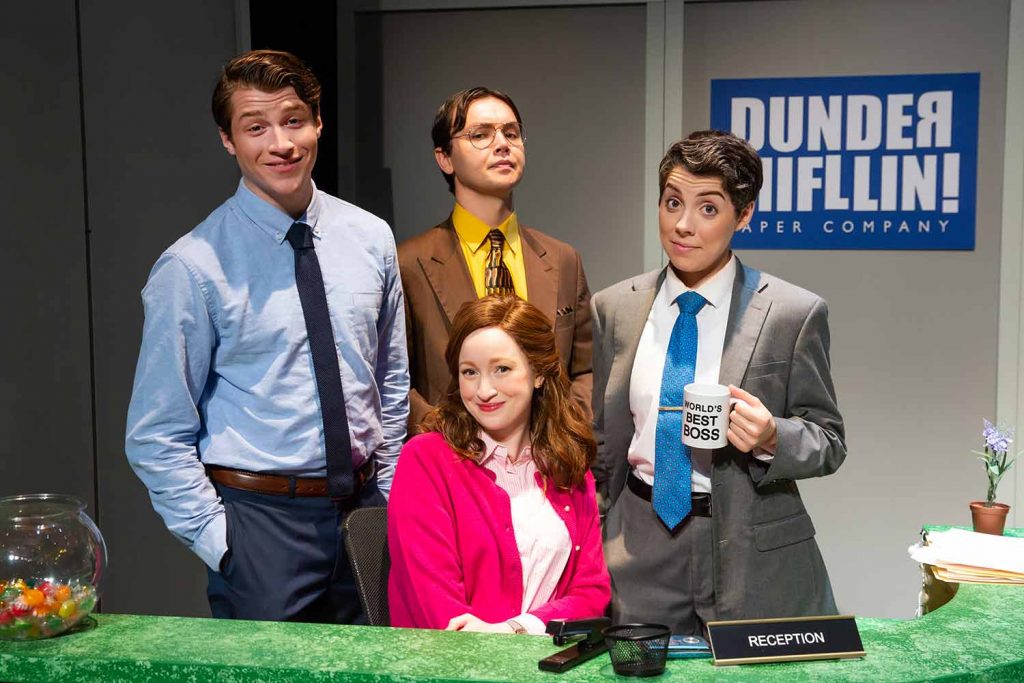