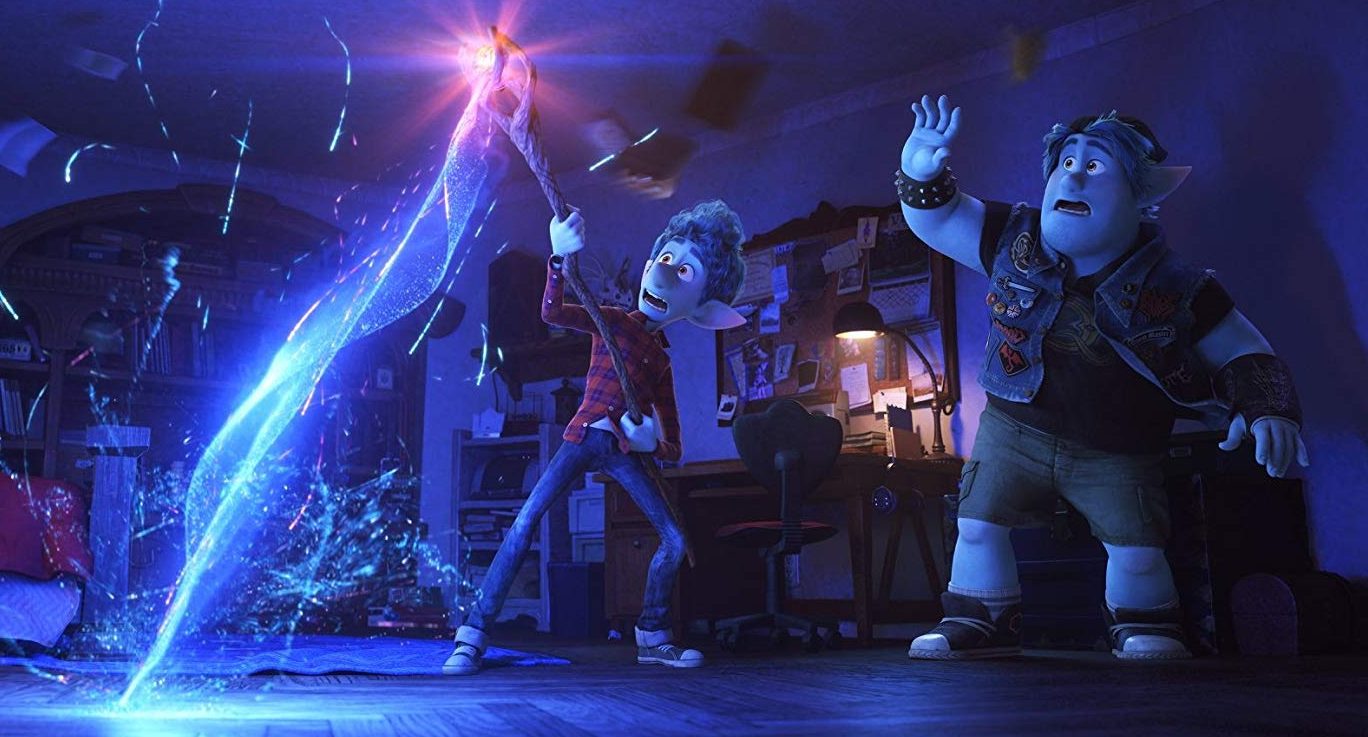 Onward is the twenty-second film being added to the Disney/Pixar catalog and the first of two releasing in 2020. In its opening minutes, the film presents us with the world as it once was – vibrant lands filled with magic and mythical creatures like fairies, unicorns and elves. The element of magic is present in every facet of life before….it inevitably isn’t anymore. Technology has taken over throughout the years and the magic life is now the mundane life and that’s where Onward takes place.

We’re then introduced to a sixteen year old elf named Ian (Tom Holland) and his brother Barley (Chris Pratt) both of which discover a magical staff left by their late father that, through magic, will bring him back for one day and one day only. The problem is though, they only had the power to bring back literally half of him – his legs, to be exact. From here, the boys embark on a magical journey against time to find the resource they need to complete the incantation for Ian to meet his father once and for all.

Holland is great as Ian, but it’s Pratt, I believe, that carries the movie as his brother, Barley. They are total opposites, but still hold that brotherly love for one another. Ian is pretty straight-laced while Barley skews away from the norm, living life to the beat to his own drum in his leather and cutoff denim outfit. I’d be remiss not to mention his ride too – a full-sized purple van with a unicorn painted on that, in any other movie, would be reek of the devil’s lettuce.

On a side journey is the boys’ mother, Laurel (Julia Louis-Dreyfus) as she’s pursuing her boys with their safety in mind. Alongside her is Octavia Spencer in probably my favorite performance as the Manticore, a once legendary beast who holds the power to defeat the mightiest of dragons, but instead is running a themed diner.

While entertaining, the character of their father’s legs acts as a great personification of the story itself, as it and our characters stumble through setting after setting to get to their final goal. While I found the film fun, I did find it to be a bit clunky and lacking in heart, despite its heartfelt efforts in the final act – something we’ve all come to expect in the Pixar narrative and is telegraphed pretty easily here.

I maintain that Onward is a fine film for the young ones who want to see something of the fantasy flavor and entertainment should be had by all. I certainly enjoyed it as well, but for those of us who grew up on Pixar constantly pushing boundaries in animation and storytelling, I’m afraid this film simply falls in the middle of the road.