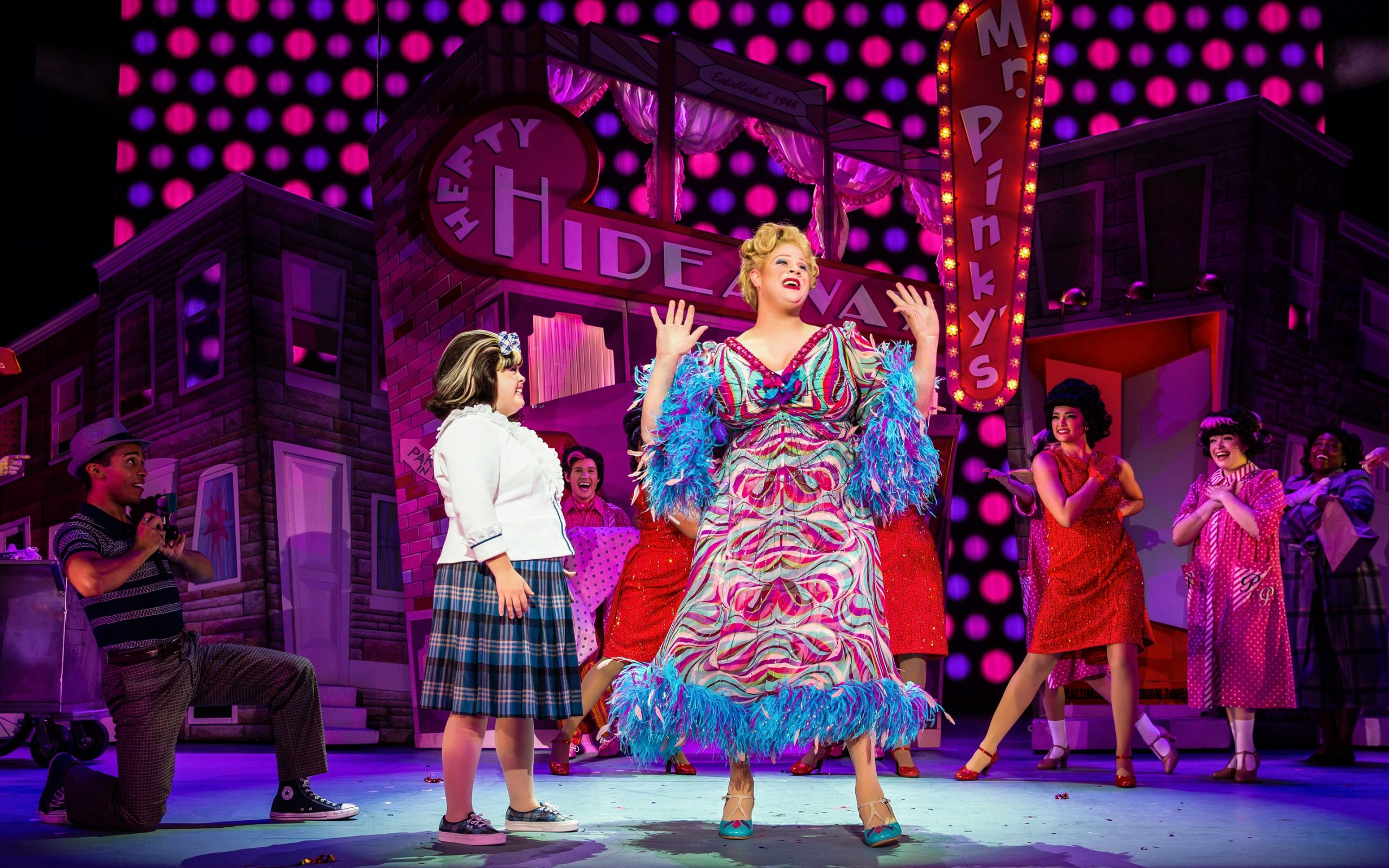 You can’t stop the FUN at Hairspray, currently playing The Fabulous Fox through April 9.

In the hilarious and heartwarming musical, Tracy Turnblad (NIKI METCALF) – a high schooler in the early ’60s – would love nothing more than to be one of the dancers on “The Corny Collins Show” (think “American Bandstand”). Although her mother Edna (ANDREW LEVITT) forbids her from auditioning, for fear of her embarrassing herself, she goes with the encouragement of her father Wilbur (CHRISTOPHER SWAN) and best friend, Penny Pingleton (EMERY HENDERSON).

At the audition, Tracy meets the stars of the show, including heartthrob Link Larkin (WILL SAVARESE) and popular girl Amber Von Tussle (KAELEE ALBRITTON) – as well as Amber’s mother, Velma Von Tussle (ADDISON GARNER), who is also the show’s producer. Although it doesn’t go well, Tracy never gives up hope as she goes to the show’s live recording and uses dance moves she learned from her detention buddy Seaweed (JAMONTÉ D. BRUTEN). Her dancing and positive energy are enough to get the attention of Corny Collins (BILLY DAWSON), earning her a spot on the show. Now it is up to Tracy to make sure others have the same opportunities she has – and is willing to risk everything she has just earned to see it happen.

Niki Metcalf is a like a ray of sunshine as Tracy, with her smile and positivity spreading to the audience throughout the show. The actor is endlessly charming as the kind-hearted character, and has an extraordinary singing voice that kicks off the show with “Goodmorning Baltimore,” and continues with “I Can Hear the Bells,” and “Welcome to the 60’s” with the backing of The Dynamites (NICHELLE LEWIS, MICHEAL COREY HASSEL, NADIA RA’SHAUN). Tracy is someone who cares about everyone and doesn’t have a mean bone in her boy, and Metcalf sells that notion from start to finish.

Levitt and Swan are fantastic as Tracy’s parents, stealing the show whenever they appear (especially together). Their number “(You’re) Timeless to Me” in the second act had the audience erupting with applause, as well as laughter. It is such a sweet and fun number, comprised of their wonderful chemistry and impeccable comedic timing. Watching Edna become more confident in herself with the help of her daughter is powerful, and Levitt is phenomenal in the role.

The talented Jamonté D. Bruten dazzles with his dance moves, while Sandie Lee plays his mother, Radio DJ Motormouth Maybell, delivering impressive rhyming dialogue in style. Playing two African Americans in the 1960s fighting for equality, their characters carry a heavy weight – and the actors both do a terrific job when it comes to their dramatic performances.

Emery Henderson is hilarious as Penny, perfectly delivering each line – true to the character – and drawing big laughs along the way.

Another standout is Addison Garner as Amber’s mother, the character whose claim to fame is that she was crowned “Miss Baltimore Crabs” back when she was a teen. Garner portrays the character as if she were an evil Disney villain, which is wickedly delightful. The character only cares about vanity and popularity, doing whatever it takes to live vicariously through her daughter. You love to hate her, and the actor makes a terrific foil to Tracy.

The beautiful, period-appropriate 60’s costumes designed by William Ivey Long and detailed sets by David Rockwell set the scene and tone of the show. You really feel like you are being transported back in time, and the attention to detail in both areas is impressive. Paired with the video designs of Patrick W. Lord, the show captivates the senses from all angles.

As previously mentioned, the musical numbers are marvelous; It’s truly an album you can listen straight through from start to finish. Catchy numbers like “Mama, I’m a Big Girl Now,” “The Big Dollhouse,” and certainly “You Can’t Stop the Beat” will stay with you long after you leave. And the choreography by Michele Lynch is loads of fun.

There is much to enjoy with Hairspray, from the memorable musical numbers to the positive message and terrific performances. It’s a show that makes it hard not to smile, with non-stop energy and a message that makes you want to be a catalyst for change. Do yourself a favor, and catch this show while it is in town.

See Hairspray now through April 9 at The Fabulous Fox. Tickets are available via MetroTix and The Fabulous Fox Box Office. For more information, visit hairspraytour.com.

ALL PHOTOS BY JEREMY DANIEL