Interview: David Shaw of The Revivalists 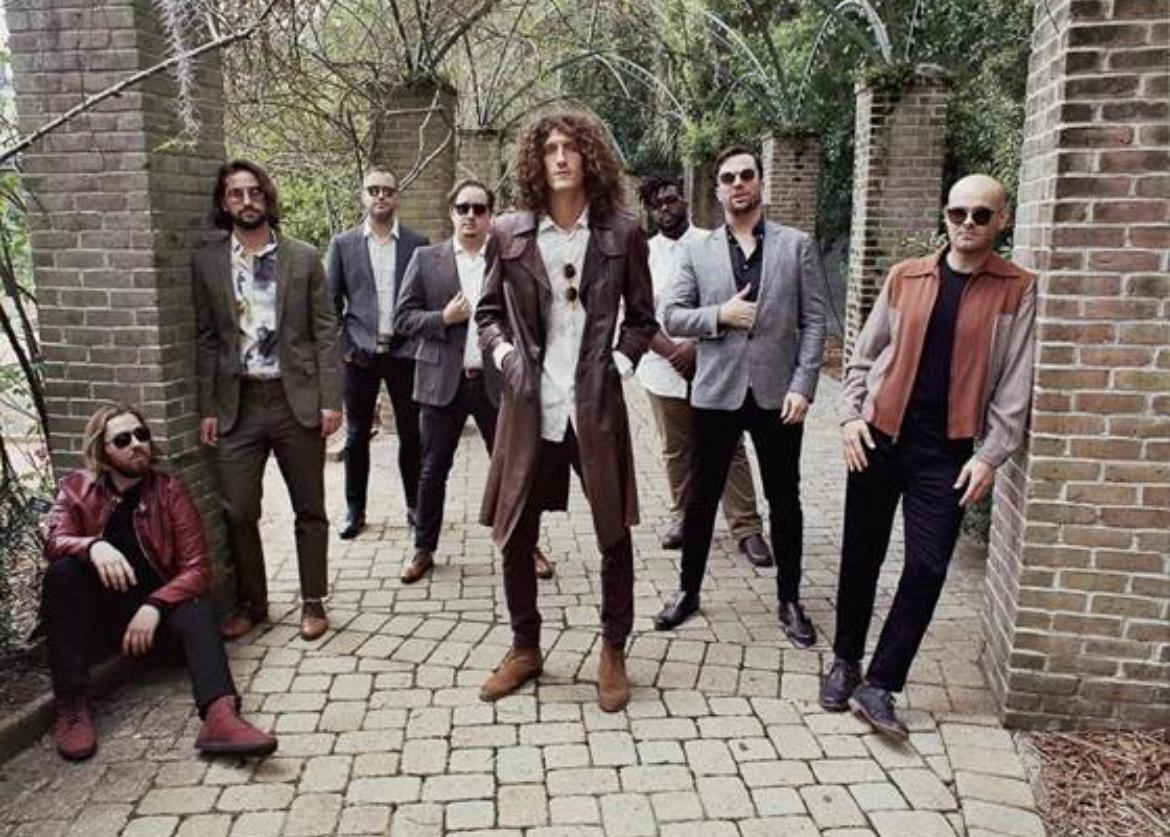 The Revivalists last appearance in St. Louis was opening for the Rolling Stones. The band will return to St. Louis on Wednesday, April 6 at The Factory, as they headline their own tour.

Frontman David Shaw recently took some time out to chat with Reviewstl as the band prepared to head out on the road.

Shaw said the band has been chomping at the bit to get back out on the road.

“It’s been almost two years since we have been on the road,” he said. “Expect to be in the blanket of love that is music and community and all of the things that come with that. It will just be a good ol’ down-home rock n’ roll show.”

Speaking of the Rolling Stones, Shaw said it was a true honor and a dream to open for the legendary band here in St. Louis.

“They’re the pinnacle of rock bands as far as I’m concerned,” he said. “They’re about to do their 60th anniversary tour, so it was just really, really special to be out there and to get the nod from the best in the business. It was a magical evening.”

With the pandemic slowly going into the rearview mirror for most, Shaw said touring is starting to open up and improve.

“It’s getting a little better,” he said. “We’re still definitely not out of it. The good thing is the people getting it are vaccinated so it’s not as bad. It feels a little better going out on the road.”

Shaw said the band continues to try to do everything they can to stay safe on the road.

“We are being safe and staying mindful,” he said. “In our minds we know this isn’t over and we still have to do the things to bridge the gap between pre-covid and post-covid.”

Going from playing the Dome here in St. Louis to The Factory is a big change, but Shaw admits he prefers the smaller venues.

“The energy is so much more compact,” he said. “You’re able to connect more with the people because they are right there. It’s a different kind of energy.”

After 10 years of touring and making music, The Revivalists hit it big with their single “Wish I Knew You.” The experience changed the outlook for the band nearly overnight.

“It was a bit of a relief,” Shaw said. “It’s like a snowball effect. You’re doing all this work and picking up little bits of steam here and there. Then all of a sudden this big thing comes and sweeps you up. Now all of a sudden everybody knows your name and the song.”

After the song hit, the band appeared on several talk shows and Late night shows.

“It’s a whirlwind,” Shaw said. “We’re still kind of in it. It definitely changed things for us and for me, in a very good way.”

When asked what it was like to play talk shows, Shaw said it was quite an experience.

“It’s a lot of hurry up and wait,” he said. “You wake up at 3 a.m., you’re in the building by 5 a.m. and you’re doing all the work and prep that you got to do. Then, you don’t really talk to people. You might meet the host or you might not.”

When the band played The Colbert show, Shaw said Colbert was in with the writers almost up until showtime working on material.

“It’s a pretty intense thing, but really amazing and super fun,” he said.

As a songwriter, Shaw said he’s always looking for material to write about.

“I always say that you got to keep your line in the water,” he said. “You always got to be fishing. I go through periods where nothing is coming and then all of a sudden I’ll have this explosion and write three or four fully finished songs in two weeks.”

In a recent interview with Howard Stern, pop singer Miley Cyrus said she got back into shape by running and singing out loud while she ran. This helped her get her stamina back up to prepare for performing on stage. Shaw said he practices the same technique.

“I do the exact same thing,” he said. “I learned that from her. I saw her do it and thought it was brilliant. It’s a huge help.”

As far as life on the road goes, Shaw said the band doesn’t go out as much as it used to, but when on the road, the band is usually out for at least two weeks at a time. Because of this, he said it’s important for each musician to focus a lot on taking care of themselves.

“We get hotels when we can,” he said. “Sleep is a very, very high priority. We just put a high emphasis on self-care amongst everyone.”

Coming from New Orleans, the band is obviously influenced by the deep jazz roots of the city.

“The rhythm and the beat of the city of New Orleans has definitely made its way into our music,” Shaw said. “If you listen to some of our songs, a lot of them don’t have a conventional beat. It’s slightly off-centered and that’s New Orleans, everything is a little crooked.”

When asked if there is a chance for fans to hear new music from the Revivalists on the new tour, Shaw simply said, “Maybe. It’s quite possible.”

Tickets for The Revivalists show at The Factory are still available. The show is Wednesday, April 6 at 7:30 p.m.